The iHeartRadio ALTer EGO Presented by Capital One is returning in 2020 on January 18th to rock Los Angeles once again, and with the help of alternative's biggest stars.

Taking the stage at this year's iHeartRadio ALTer EGO at The Forum are Billie Eilish, The Black Keys, blink-182, The Lumineers, Rex Orange County, SHAED and more, and it's all hosted by iHeartRadio's Woody of ALT 98.7's nationally-syndicated The Woody Show.

Woody says of the upcoming show and his hosting duties, "I'm pretty sure they meant to call another show to host instead of The Woody Show. This event, this lineup, is WAY out of our league. That said, it's going to be incredible. I can't see how this night could end up any other way!"

If you can't make it LA this year, we've got you covered. Fans will be able to tune in to an exclusive stream of the show to watch it all happen live via LiveXLive through the LiveXLive mobile and OTT apps for iOS, Android, Roku, Amazon Fire TV, Samsung TV,and Apple TV. The stream will also appear on YouTube, LiveXLive's Twitch channel and LiveXLive's socials. The show will also be broadcast live across over 70 Alternative and Rock iHeartRadio stations.

Capital One cardholders will be the first to get exclusive access to high demand tickets through a special Capital One Cardholder Pre-Sale beginning on Monday, October 14th at 10:00 a.m. PT through Wednesday, October 16 at 10:00 a.m. PT, or while supplies last, and will be available at www.iHeartRadio.com/CapitalOneALTerEGO. Tickets go on sale to the general public on Friday, October 18 at 10:00 am PT via Ticketmaster.com.

Fans can also win their way to iHeartRadio ALTer Ego 2020 by listening to the radio! Beginning November 1st, iHeartRadio will launch a nationwide promotion to give Alt-Rock fans across the country the opportunity to win a trip to Los Angeles to attend the star-studded show. The promotion will run across more than 85 Alternative, Rock and Classic Rock 90s iHeartRadio stations.

For more information, head over to iHeartRadio.com/alterego.

Listen to our ALTer EGO Playlist 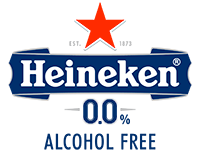