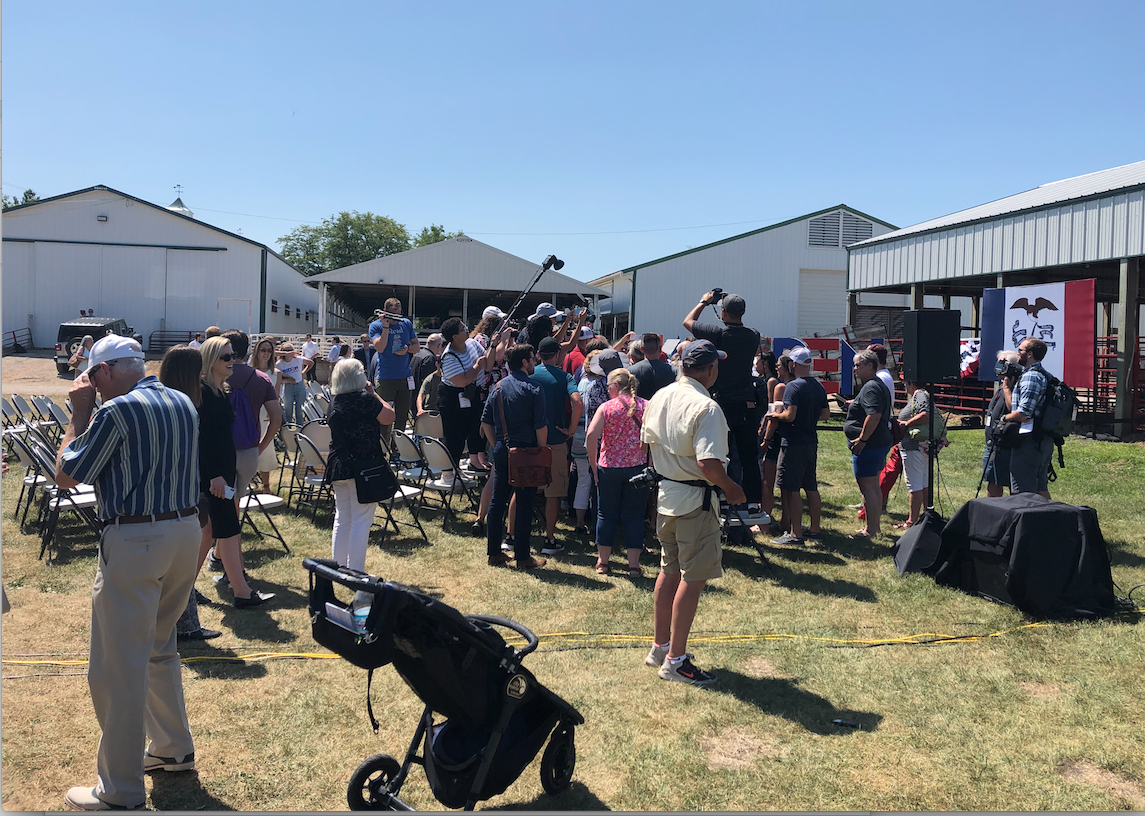 In De Animus, Aristotle argues that there are three levels of Being.

Level One contains plants, which are only capable of the nutritive faculty.

Level Two contains non-human animals, who as well as the nutritive faculty have perception and motivation.

Level Three, is occupied solely by Man, who is, on a good day, capable of all of the above. But also imbued with language, always seeking a presence that explains, that embodies an answer like the answer we contain but are unable to decode.

Which appears to be the great joke. Quite possibly orchestrated by the fourth level of Being, the one above us.

God is many things, one of which is America.

God is North Carolina, every kind of jungle, a blend of different populations and dialects and Civil War baggage.

Texas and Oklahoma, with red morning birds at QuickTrip's that take up a city block, thriving like the towns in Lonesome Dove.

Maryland. Wild in parts, European in others, and the crabcakes at Kingfishers Seafood Bar & Grill on Solomon's Island.

The divisively photogenic Kansas, stock cars on lawns with swingsets.

Oregon, in the forests. Or in cities, at bookstores, at crosswalks with the occasional wet-asphalt syringe.

"The most sublime act is to set another before you." William Blake, Proverbs of Hell.

As Aristotle said, beyond the metaphysics of it all, there's action, motion. Motion is life. Life is motion. Everything, always. But that motion only leads to greater motion if there is a language in place to survive it. It is realized through language.

Language — communication — forms everything we know. It validates our world, our justification for dibs on the universe.

With this series, I'm trying to capture everything.

But, deeper, why does any of it matter? Or, better yet, how does it explain or reflect the truths of existence?

Have you ever listened to Willie Nelson's version of "Both Sides, Now"? It's like that.

Have you ever played that video game "Everything"? You can play as everything ever imagined. Even the unimaginable. And occasionally recordings of Alan Watts lectures play in the background.

Outside Shreveport, Louisiana, weaving through forest and rivers, en route to Trump's second Louisiana rally in a week.

A mile west of the border, we faced the cinema shade that comes with a storm.

The morning was dark. Foggy. Like Ireland but the mist was heavier. And the towns were too far apart.

The first rainy day in weeks. Not too long after Daylight Saving Time, so the world felt darker.

Rain changes everything. We had gotten serious. And the Election Series playlist was blaring. Our conversation ranged tremendous depths. So, naturally, we talked about God.

Who or what decides the storyline of our lives? Of life? What engulfing shape surrounds us?

For now, there is no divine figure ignited by clouds answering these questions, not literally, not since the Crucifixion of Jesus Christ. And especially not after the Assassination of Martin Luther King Jr.

There is the sky, in all of its vastness, full of shapes and lines and colors and birds that are real-life dinosaurs who survived the last extinction. And the earth, with every secret playing out like a disjointed puzzle. And the oceans. And fire.

Then there is us, unsure how to handle it all, unsure what to say.

"God," any variation, is the most powerful and encompassing word.

It the word what we say when all other words fail. For any number of reasons. Because, always, here we are, moving forward.

when skies are hanged and oceans drowned,

the single secret will still be man.That concludes "Field of Dreams," part one of my 2020 election series. Thank you for reading. I'll pick back up again mid-January with a unique angle leading into the Iowa Caucuses. For any updates, check out my Twitter. And send all ideas or corrections or notes or hate-mail to kryan@mercurystudios.com.