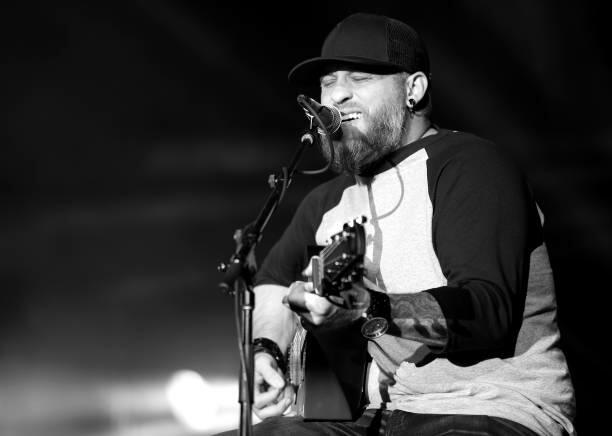 One thing that is not lost on Brantley that he figures adds to Barrett’s fearlessness is the way he looks, with all his tattoos and piercings, and the way a lot of the people he hangs out with look. Brantley, says, “I mean I look like this and my right-hand man that lives with us, he’s got a long goatee and tattoos and big earrings. My kid’s not gonna know who to be scared of, which I love, because I think that will help him in life be able to judge people by their actions and who they are inside as opposed to what they may look like. But yeah, he’s not gonna know who to be scared of (laugh).”

Brantley will spend a lot of the spring and summer with his entire family loaded up on his tour bus, while he travels the country playing shows and promoting his latest single, “What Happens in a Small Town.” And we have a feeling that even though Brantley’s son Barrett is already somewhat fearless, he won’t have to be afraid of anything as long as Brantley’s around because there is no way he’s going to let anything bad happen to that little boy as long as he’s around.