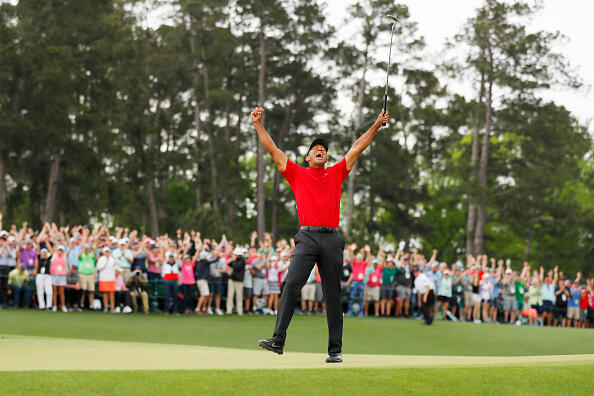 Don't call it a comeback...

By now, ESPN and just about every other news outlet have chronicled Tiger Wood's historic Masters win. They've no doubt covered it from just about every possible angle... because it really is epic.

In case you have been living under a rock the past 24 hours, Woods secured his 15th major championship win on Sunday with an epic comeback win at the Masters. The win gives Woods his fifth green jacket, one behind all-time leader Jack Nicklaus.

We all know what Woods has been through. His troubles are all well documented... from the personal, to the professional, to even his health trials, the man has been through so much.

Sunday... he closed the book on the past with his come-from-behind run of the leaderboard. He won the Masters for a FIFTH time, his first major win in a decade... completing what is arguably one of the most historic comebacks for anyone in professional sports.

I'd argue that his comeback is one of the most epic comebacks for anyone living life.

But - like Tiger Woods - you have to just keep playing the game. You have to keep working. You have to keep focused on the prize at the end of the day... the endgame, if you will. You have to take the big wins, the small wins, mixed with the big losses and the small ones, too. You just have to keep moving. Day by day, moment by moment, shot by shot... putt... by putt.

Tiger's comeback is a message for any of us who have been behind for whatever reason. Who have been thisclose to being written off. Who have stood at the precipice of a massive failure, looking over the edge of defeat and who have found the strength to say "I'm not done..."

Wood's win is a reminder that those who overcome... who are committed to overcoming all of the odds... are the ones who eventually win... and reign...

... and it's a reminder delivered with an incredible exclamation point. 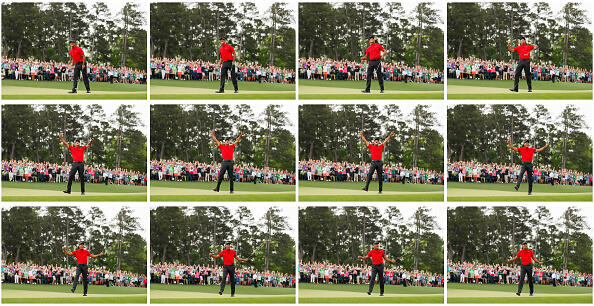 Well played, Tiger. Well played. And thank you for fueling the fire that burns within...