It's a new week, ya'll! Thanks for choosing to #ReadThisFIRST... .

Now, we won't even ATTEMPT to go out-cover the GRAMMY coverage you've already been slammed with today. You've no doubt had alert after alert, message after message... You already know who won, who lost, who got snubbed and that Lady Gaga is the #1 Meme on the Internet of Things this morning...

Love is in the air…

A new travel app not only helps you fly from city-to-city as smoothly as possible, it also gives you information about fellow travelers at the airport … you know, in case you want to meet up. App in the Air provides users with flight details and information about delays at security checkpoints. And, it also encourages its users to network – and maybe make a love connection. ( AskMen )

Can you guess the most common lie people tell their doctor or dentist? If you said how much you flossed your teeth, you would be right. According to a new survey , 39 percent of respondents say they exaggerate their flossing habits when they go to the dentist. Exercise (27%) and eating habits (25%) are the next biggest lies people tell their doctors, followed by sleep habits (17%) and how much alcohol they drink (12%).

How long does it take for you enter the “comfort zone” when you’re in a new relationship? According to a new survey, it takes most couples about seven and a half months. Here are the Top 10 biggest signs you are comfortable in your relationship:

The survey also explored how long, on average, into the relationship it took for these “firsts” to happen:

A new survey has found that men are three times more likely to buy Valentine’s Day gifts for their pets than women are.

6 percent of guys who were polled said they are planning to give their dog or cat a present, compared to just two percent of women.

TOPIC: Are You a Fight Person … or a Flight Person?

Last week, a trail runner made big news by killing a mountain lion with his bare hands after the big cat attacked him.

If you actually encountered a mountain lion, coyote, bear or other nasty animal in the woods, what would you actually do?

Be honest. Would you try to make a run for it? Just wet yourself and panic? Try and fight back?

In general, are you a fight person – or a flight person?

Do you enjoy arguments, battles and fights? Or, do you shy away from them? Do you think this is something you’re born with or something learned?

About a year ago, a scientific study concluded that men who smoke weed end up with fewer little swimmers than non-smokers.

Well, there’s a brand-new study from Harvard University that discovered the exact opposite – that men who smoke weed are actually more fertile than those who don’t blaze up. ( Quartz )

NASA IS WORKING ON ANTI-ASTEROID TECHNOLOGY

Over the past year alone, a number of asteroids have come pretty close – relatively speaking – to slamming into Earth and wiping us all out, including one scientists were calling “The Death Comet.”

Well, scientists at NASA are doing something about this and have started working on anti-asteroid technology.

The NASA scientists are teaming up with the European Space Agency for what they’re calling the “Double Asteroid Redirect Test.” They are actually going to try to knock asteroids out of orbit. You know … to save the Earth from total destruction. 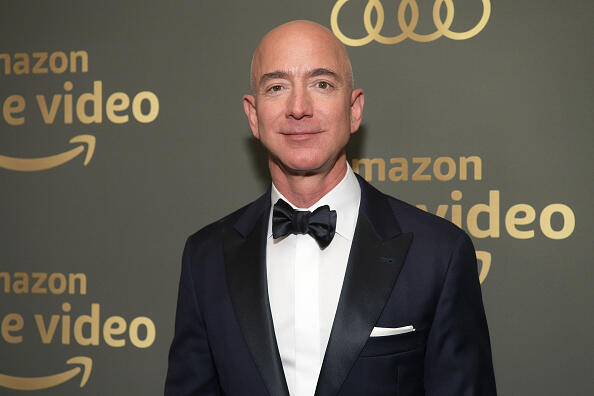 JEFF BEZOS: The Brother of his MISTRESS leaked the photos to the NATIONAL ENQUIRER!

Jeff Bezos was betrayed by the brother of his mistress!

Multiple sources inside the National Enquirer identified Michael Sanchez as the leaker.

Valentine’s Day will be super-awkward for Bezos. Never mind that he once attempted to sext Lauren Sanchez (quote) “I want to smell you, I want to breathe you in. I want to hold you tight.”

On Sunday, an attorney for National Enquirer publisher  David Pecker refused to finger the culprit, but offered (quote) “The story came from a reliable source that had given information to the National Enquirer f or seven years prior to this story. It was a source that was well known to both Mr. Bezos and Ms. Sanchez.”

The investigative team hired by Bezos concluded its probe. They nabbed the leaker and his motives (quote) “There is no one inside this inquiry process who doesn’t believe Michael Sanchez is ground zero.” ( The Daily Beast )

A Florida woman is alive today after suffering a stroke at her home and she has two Labrador retrievers who can expect a lot of treats and belly rubs.

Maureen Hatcher lives alone with her two dogs, Bella and Sadie. Last month, she suffered a stroke and collapsed.

As she lay on the floor, unable to move and barely able to speak, the dogs ran over to help. Hatcher recalls, "I remember Sadie coming in and I said … ‘Mommy needs help' And then, they were gone.”

Hatcher's video doorbell captured both dogs sprinting out of the house and into the street to get help. They came upon her neighbor, Alexandra Naspolini, who could tell there was something wrong.

She followed the dogs back to the house and walked inside to find Hatcher on the floor. She immediately called 911.

A short while later, paramedics arrived and treated her in the ambulance on the way to the hospital. Medics say if they hadn't gotten to her so soon, the stroke could have killed her. They say there's no doubt the dogs saved her life. ( First Coast News )

Joey Gallo is one of the biggest stars in Major League Baseball, playing for the Texas Rangers.

But he recently took some time to return to his hometown of Henderson, Nevada, to deliver brand-new cleats to his high school’s baseball team.

Every member of the Basic High School Wolves baseball team got a pair of cleats from their hometown hero.

It was an act of kindness that will have the team even more ready to compete this spring. ( Major League Baseball )

Roberto Mendoza is a professional chef in North Carolina. And for the past five years, he has put his skills to use by preparing food for those in need, both in North Carolina as well as in the Dominican Republic.

Well, his charity efforts got a big boost recently when he won $250,000 from a scratch-off lottery ticket that his mother convinced him to buy.

He is thrilled to be a winner – and will be using the jackpot to finish a cafeteria he started building on the Caribbean island, so he can continue to help feed 1,500 needy children in the area.

And after not taking a vacation in years, Roberto will also use some of the money to take his family on a little getaway as well. ( Inside Edition )

And... here's what's up with TV TONIGHT!

All listings are subject to change.

AND... because you've read this far... look at younger me with Lady Gaga...