RUSH: I don't know about you, but I'd kind of like to see President Trump in Georgia. I'd like to see some rallies. I'm not alone in this. We got two Senate seats that are very crucial, the runoffs, Perdue and Loeffler. We gotta get these seats secured. Otherwise the left is gonna be able to -- well, they're not gonna be stoppable. It's just gonna be dependent on what they want to do as to how far they go. 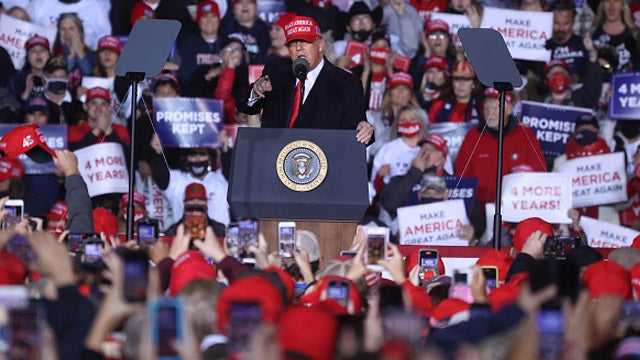 So those two Senate races, Perdue, Loeffler, they're really crucial, and I think Trump is still the Republican Party. He's still MAGA. He could still go down there and do some rallies and secure those two Senate seats. I don't mean yesterday or today. But the runoffs, the elections are on June the 5th. So time is of the essence.

RUSH: Also, in Georgia... You know, I mentioned mere moments using that it would be great if there are there were some MAGA rallies in Georgia for the two Republican Senate candidates the court's. Here's another one. The Never Trumpers... (laughs) Are you ready? The Never Trumpers are saying Mitch McConnell will let the country burn if it means electing these two people.

If it means having a Republican-majority Senate, Mitch McConnell will let this country burn. "Cocaine Mitch," they call him at this place. (laughing) But it would be nice, wouldn't it? I mean, to have some kind of a showing of MAGA in Georgia for these seats. 'Cause it does matter. But then there's this report. This is from Breitbart's David Ng: "Hollywood Heavyweights Including Will Smith, Mandy Moore, George Clooney, Pour Cash into Georgia Senate Runoffs ... 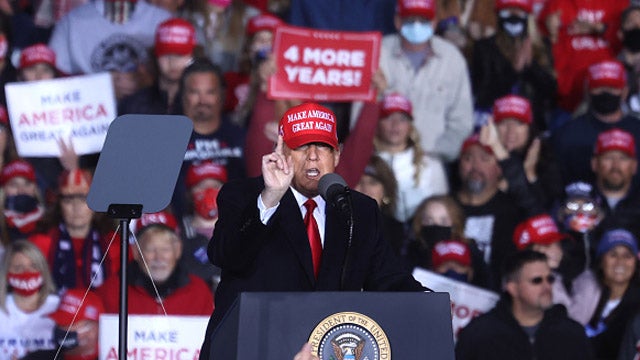 "A-list stars including George Clooney, Will Smith, Joaquin Phoenix, and Leonardo DiCaprio are pouring cash into Georgia's runoff elections, hoping to push Democratic challengers Jon Ossoff and Raphael Warnock," who's a genuine wacko, "across the finish line, thereby flipping the Senate blue. Clooney has donated $10,000 to the Georgie Federal Election Committee while Smith has given close to $4,000..."

This is chump change.

You people can't be serious.

You think this is gonna matter? They're Hollywood leftists and rich people. Four grand, 10 grand? That's nothing. To these people, this is chump change. It might be the limit. Maybe you can't give any more. But don't tell me that this is a big sacrifice. So, Will Smith, four grand "according to Federal Election Commission data. The Hill first reported the donations, noting that Clooney," okay, "maxed out on his donation back in June." So there is a limit.

"The Hill reported Leonardo DiCaprio, Mark Ruffalo and Joaquin Phoenix," you combine the IQ of those three, and you still don't have a pencil eraser, "are backing Warnock with donations, while Jason Bateman, Mandy Moore, Patricia Arquette and Bradley Whitford have donated to Ossoff. Now, the system in Georgia...

Georgia installed -- are you ready for this -- 30,000 Dominion machines. Whatever you think of them, 30,000 are in Georgia. They're all across the state. "They were installed for the 2020 election nine months before the election at a cost of $100 million in taxpayer money." With a Republican governor and secretary of state in the Republican Party, Dominion is in there for a hundred mill.

RUSH: Man, a lot of time pessimism out there from some of you people. "Dear Rush: Trump going to Georgia, MAGA rallies, it's all a waste of money. The Democrats are gonna win these seats. It's over. You may as well face it. It's been over for 10 of the last 30 years. You just haven't had the guts to tell us." Whoa. Not true. I have never thought it's over and I never would tell you it isn't true.

"Dear Mr. Limbaugh: The system in Georgia is totally F'd up. The GOP isn't doing anything to fix it. There's not one reason for any Trump Republican person to even vote in Georgia. It will not matter." I'm telling you, folks, I am being inundated, I'm drowning in pessimism out there. Georgia has installed 30,000 Dominion machines all across the state for the 2020 election. They did this nine months before the election at a cost of a hundred million dollars in taxpayer money. They did it with a Republican governor and secretary of state.