RUSH: Let start with Fiona Hill. Fiona Hill is a... She's, I think, Harvard... It's either Oxford or Cambridge. It's one of the two elite academies in the U.K. she's a graduate of. She is a national security/foreign policy specialist. 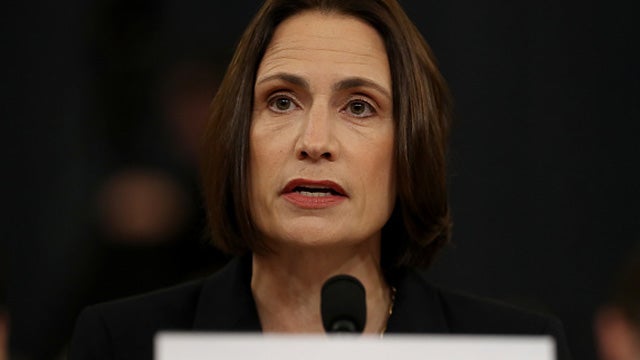 And she rocked the committee this morning, although they may not know it. Ah, I think they have to know it. Early on and after her opening statement in which she said there is no basis for believing Ukraine was interfering in the 2016 election, that there's no basis for believing this at all. That that is a Russian trick, that the Russians are the people who meddled. Ukraine didn't. There isn't any basis for this. None whatsoever.

I kept watching it and I said, "No basis? How many times are we gonna have to drag this out?" Politico, January 11, 2017, Kenneth Vogel and David Stern: "Ukrainian Efforts to Sabotage Trump Backfire." What is all this talk about Ukraine not being involved with election interference in 2016? How many times do I have to drag this story out? And it's not just Politico. Other elements of the Drive-By Media also had the story. To say that Ukraine did not interfere in our elections to help Hillary Clinton is absurd.

And then she further rocked the hearings. She rebuked Pencil Neck in his very first question, because really what they tried to get back to today was Russian interference. They can't let go of it. They can't drop it. They are convinced and trying to convince people the Mueller report says things it doesn't say, and so Schiff was attempting to get her to play off on the fact that Ukraine had nothing to do with election interference or meddling in 2016.

The Russians did it, and the fact that so many people think Ukraine had something to do with it is a Russian plan. This woman portrays the Russians as nearly invincible in being able to conceive and execute plans to disrupt all life in America. So Schiff wants to bear down. He wants to bore in. He thinks that this woman is going to unload on Trump. He thinks she's gonna unload. She is so anti-Russian, she is so pro-Russian meddling, that Schiff believes that she is going to say that the Russians meddled to help Donald Trump.

And then the anvil fell on Wile E. Coyote again. Fiona Hill emphasized that Russia spreads its bet. It did not attempt to help or hurt any one candidate. Russia's efforts were to destabilize the American citizens' belief in the validity of their elections. She made it a point of saying the Russians were not trying to help Trump and harm Hillary, or not trying to help Hillary and harm Trump, that they didn't care who won or lost. 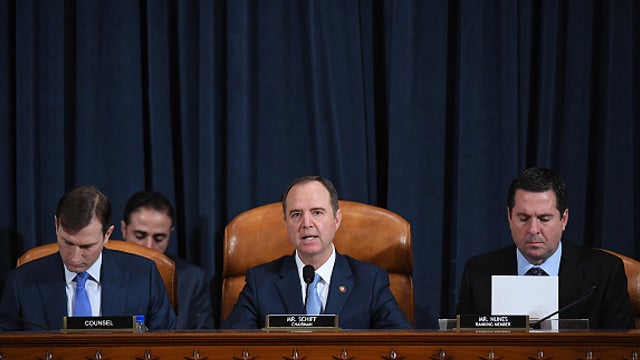 All they wanted to do is destabilize, to discredit whoever was going to win the election, to divide the American people, that they were not engaged in trying to engineer a specific winner. All they wanted to do was have a cloud over whoever did win. You could hear the air come out of the tires when she said this. I fully expect the Republicans on the committee to pick this up, because she made a point, Fiona Hill (impression), "I am not a partisan.

Of course, we're all sitting here thinking that there's nothing we can do to stop the Russians. This is what bothers me about all of this is the Russians are portrayed as invincible and unstoppable -- and whatever they seek to do, they succeed. The Democrat Party has done more to destabilize American elections than Vladimir Putin could have ever dreamed of doing. And then this Fiona Hill woman comes out today here and says that the Russians are engaged now in doing the same thing in 2020.

They can't let it go, and in the process, they are trying to convince as many Americans as possible that the upcoming election is already invalid. It's already hopelessly tarnished and corrupt. It is outrageous what these people are doing. Ratings are plummeting. We're losing a million viewers a day as the hearings go on, and the polling data is not good. Trump is gaining support, particularly among Republicans, even in states like Wisconsin. I'll have the details for you as the program unfolds before your very eyes and ears.

One more thing about Fiona Hill. She made two points today that the Russians did not pick a particular winner. No, no. They were just going to destabilize America for whoever won. And then she said that there's no basis for believing that meddled in the 2016 election, that that is itself Russian propaganda. And yet we've got these Drive-By Media stories detailing -- with Ukraine sources -- their attempts to destabilize the Trump campaign and how they were then having to backtrack because as it did work.

Their efforts to sabotage Trump backfired and so now they had to do a quick 180 to get on Trump's good side since he won. But do you know something else that she did? I have here in my formerly nicotine-stained fingers a column Fiona Hill wrote in the Washington Post in 2015. Now, all of these witnesses -- every damned one of these witnesses -- who have come forward has said how crucially important it is to provide "security assistance" to Ukraine. 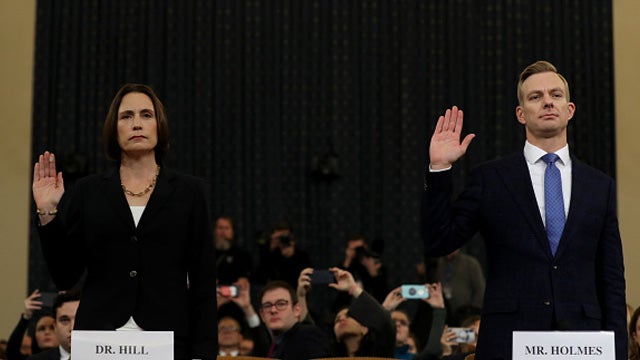 You know what she did? She wrote an op-ed in the Washington Post opposing aid to Ukraine. She opposed granting aid to Ukraine on the basis that if Ukraine got military assistance from the United States it would just encourage Putin to commit more atrocities, that if his object -- Crimea and Ukraine -- had military aid, that somehow that would mean Putin would launch even bigger attacks.

She was testifying before the impeachment committee today and said she was concerned about Ukraine security and stability as it tried to defend itself against Russia. And she was worried, she was very worried about this hold on the aid -- very, very concerned that Trump was not forthcoming with the aid. But she had to admit that she wrote an op-ed in 2015 working at the left-wing Brookings Institution think tank in which she opposed sending weapons to Ukraine, and the Obama administration did not.

Ukraine sat there and was defenseless as Russia came in and annexed Crimea with people like Fiona Hill doing the advising, suggesting it would be a mistake to provide Ukraine defensive aid. It would be a terrible mistake. This would only encourage Putin. So Ukraine was defenseless. We did not come to their aid. (This is all part of my context I'm gonna get back into.) Now all of a sudden, when Trump has provided this assistance, these people come forward to complain that he put a delay of a couple of weeks on it.

RUSH: (impression) "There's no basis, no businesses whatsoever for believing Ukraine meddled in the 2016 elections." Ah, the DNC computer may be in Ukraine, folks. The DNC computer that everybody's telling us the Russians hacked? It may actually be in Ukraine. Here is The Politico story: "Ukrainian government officials tried to help Hillary Clinton and undermine Trump by publicly questioning his fitness for office. They also disseminated documents implicating a top Trump aide in corruption and suggested they were investigating the matter, only to back away after the election" when Trump won.

"And they helped Clinton’s allies research damaging information on Trump and his advisers, a Politico investigation found." The subhead to the story: "Kiev officials are scrambling to make amends with the president-elect after quietly working to boost Clinton." Donald Trump wasn't the only presidential candidate whose campaign was boosted by officials of a former Soviet bloc country. Of course, now it's been debunked that Russia helped Trump. Mueller did not conclude that. There was never any evidence of that.

"A top Ukrainian court has also ruled that the Ukraine government meddled in the U.S. elections," but yet she's up there talking today about there's no basis for the fact. She wants everybody think Russia, Russia, Russia, and only Russia, Russia, Russia. "The logic of sending weapons to Ukraine seems straightforward and is the same as the logic for economic sanctions: to change Vladimir Putin’s 'calculus.'

"Increasing the Ukrainian army’s fighting capacity ... would allow it to kill more rebels and Russian soldiers... We strongly disagree." Doing so would only spur Putin to even greater atrocities. I don't see the need for harming Ukraine and providing further military assistance. Fiona Hill, Washington Post in 2015 -- and indeed, Obama gave Ukraine nothing.