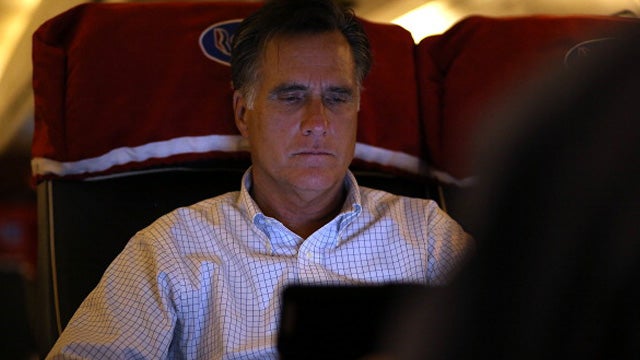 They have now created the campaign issue, the mother of all campaign issues, that a bipartisan effort was put together to impeach the president, but he was only saved because of the partisanship of Republican leaders in the Senate. That’s their campaign, folks.

So what they need to do to pull this off, they need to peel off Republicans. They need weak-kneed, wobbly kneed, linguini-spined Republicans — not very many — they need a couple in the House, a couple in the Senate, and the magic claim of bipartisanship, in their minds, will have been reached. And that will be the campaign. That’s it. Their campaign will come down to that.

Mitt Romney is a very bitter guy. Mitt Romney is a Never Trumper extraordinaire, and Mitt Romney is fully aware of the dishonesty that is Adam Schiff. And it doesn’t matter to him. Romney has made noises about throwing his hat in the primary ring here to maybe compete against Trump for the Republican nomination in 2020. So they figure they can get Romney.

RUSH: Two weeks ago. Two weeks ago your host predicted to you, and it probably was something you could come up with on your own because it's that obvious what they're doing. And, lo and behold, here he comes, the first cousin of Carlos Danger, what is his name? Pierre Delecto, Mitt Romney tweeting under a fake name.

Mitt Romney, among whose major criticisms of Trump is that he won't stop tweeting, Mitt Romney set up a fake named Twitter account -- for what purpose? -- to respond to criticism of him! Because he is thin-skinned, totally vain and, I now believe completely, totally jealous of Donald Trump.

I think Romney thinks he should be Trump. And he isn't Trump. And so he hides behind the fact that he has honor and dignity and Trump doesn't. But, anyway, so it's now a foregone conclusion that Schiff and the Democrats have Romney. So they're gonna get their bipartisan trick vote, if it ever goes this far, they're gonna be able to say that impeachment is bipartisan.

I'm not making it up. Mitt Romney -- in fact, being made fun of in several areas of the internet after a new report revealed that he appears to have used a secret Twitter account to defend himself against critics online. 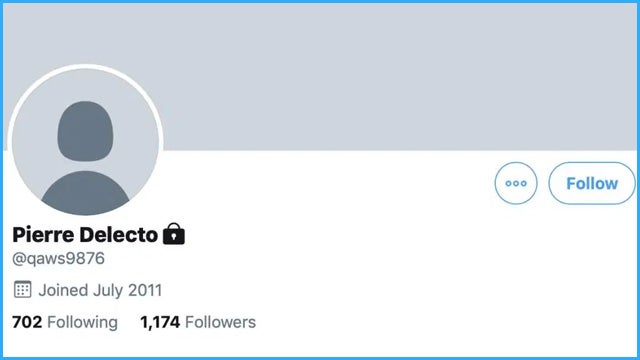 “During an interview with The Atlantic, Romney made the revelation that he had a secret Twitter account: ‘That’s kind of what he does,’ Romney said with a shrug, and then got up to retrieve an iPad from his desk. He explained that he uses a secret Twitter account -- 'What do they call me, a lurker?’ -- to keep tabs on the political conversation. ‘I won’t give you the name of it,’ he said , but ‘I’m following 668 people.” Swiping at his tablet, he recited some of the accounts he follows, including journalists, late-night comedians … and athletes. Trump was not among them. ‘He tweets so much.’ … Hours later, Slate published a report that appears to have identified Romney’s secret Twitter account: Pierre Delecto.”

Now, where does this name Pierre come from? I'm gonna tell you where I think Romney got the name from. During the campaign of -- it was either 1988 or 1992, I forget which, George W. Bush had a primary challenger. And his name was Pete du Pont. Now, Romney would have been very active in politics then, he was running around with great aspirations, very, very prominent, Republican Party. 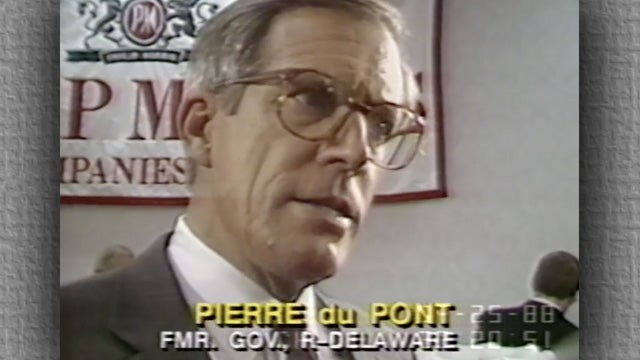 Romney is the quintessential swamp rat. He's the quintessential son of establishment figures. The thing about Romney that amazes me is he hates Trump, and he is sidling up to all the people that ruined him or tried to ruin him when he ran against Obama in 2012. All the lies they told about Romney. Not paying his taxes, not caring about animals, not caring about whether the wife of an employee died because Romney didn't care enough to make sure his employees had health care.

That's the group he's siding up with, the people that veritably destroyed him, that blew up his presidential campaign against Obama. Those are the people that are his friends! Those are the people he wants to be with! It's classic. Mitt Romney is a microcosm of everything that's wrong with the Republicans in Washington and how they choose sides and who they really want acceptance from, who they really want to be their friends.

Anyway, Pete du Pont’s nickname was Pierre. Well, his actual name was Pierre. Pete was the nickname. George H. W. Bush refused to call him Pete, called him Pierre to try to make him sound like this elitist -- and he was. He was Pierre Du Pont, and George H. W. who himself was an elitist and from a very rare air segment of society was dumping on poor Pete Du Pont, didn't know what hit him, calling him Pierre in the debates. I'll guarantee you that's where Romney got this. I'll guarantee you.

RUSH: You know what the translation of Pierre Delecto is? "Delightful peter." Mitt Romney saying "I have a delightful peter." And I wonder if he knows Carlos Danger. Well, that's what it means. Pierre Delecto, delightful Peter. You reverse 'em? I have no doubt. And here's this guy out there running around talking about what an abomination Donald Trump is. I'm telling you, he is jealous of Trump. I don't mean politically, although he can't believe Trump got elected. Not possible. Not in the civilized world that Mitt Romney comes from. 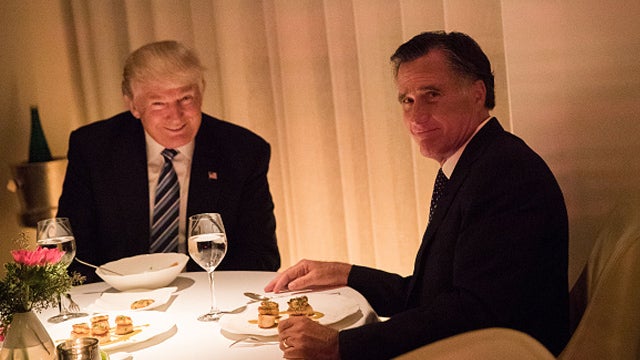 But I tell you, I cannot emphasize enough for you, the very people that destroyed Mitt Romney's campaign for president are the people he is siding with, are the people he is joining. He may as well be making best friends with Harry Reid and Schumer and Pelosi and Schiff and all of these people who went out of their way to personally destroy Mitt Romney, to personally damage forever his reputation. That's who he sides with now.

That's exactly right because those are the people he needs to get back in with. Those are the people who run Washington, in his world, those are the people that he's got to make amends with. Essentially, he's got to find a way to apologize for running against Obama. He's gotta find a way for doing that. He's learned his lesson. You go against us, Mitt, look what we can do to you. And he doesn't want it to happen to him again, so now he joins them. And this is the kind of thing that Donald Trump is up against in the military, in all of the administrative state.

RUSH: Here's Romney, the secret Twitter account, Delightful Peter. What's that mean, Mitt? Pierre Delecto. And what's he doing? Responding to criticism because he can't take it. And now here's all these people complaining Trump tweets too much, and what's mister doing? He's out there tweeting. But he doesn't even have the gonads to do it in his own name!

"Hey, Rush, have you forgotten Trump did the same thing. He created a phony PR guy that was really him." Yeah, it was a great bit too. He did this back in the nineties in New York. He's never faked it out as a president. I mean, Mitt Romney is running around portraying himself as clean and pure as the wind-driven snow! They're all just a bunch of hypocrites.

The best illustration of what this is all about is look who it is that Mitt Romney's trying to be friends with. You wonder why all of these years the Republicans promising to do this and promising to do that never led to those promises being fulfilled. Well, we now know why. They wanted acceptance from the people that run Washington. They didn't want to anger them or oppose them.