RUSH: I ran across something. You know, we had a story yesterday. I forget what... Oh. It was about McDonald's (chuckling) selling no-beef hamburgers. (interruption) Well, whatever it's called, they're selling burgers that aren't burgers. They're responding to public pressure, all these people going out and eating plants. How crazy is this? There is a burgeoning business. I looked it up. It's going through the roof! People are eating grass clippings that are made to look like beef! It's like you go out, you cut your yard, and you get the grass clippings, and you give them to some company.

They put it through some kind of million-dollar processor, and out comes something looking like a hamburger. But what I've found is glass clippings taste like grass clippings. So what are these outfits doing to make grass clippings and other plant-based foods palatable? You will not believe this, folks. I have the story right here in my formerly nicotine-stained fingers. (shuffling) This is even better yesterday than I thought it would be. It's a story here... Where did this come from? Damn it, I didn't print the location. It's a major website. It might even be... 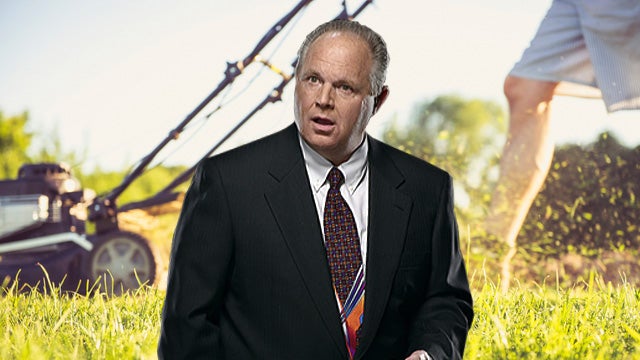 I think it's the New York Post. "Are Impossible and Beyond Burgers Better or Worse than Red Meat?" That's the headline of the story, and it talks about the Impossible Whopper at Burger King and Beyond Fried Chicken at KFC. (laughing) They're actually selling fake chicken at Colonel Sanders' outfit in Atlanta. I thought chicken was healthful? I looked at my mayonnaise jar last night, and right there it said, "Cage free eggs." I still double over in laughter over that, like the eggs have a brain and it's somehow better that eggs came from outside the cage.

Where would the brain be in an egg? The yoke? Next time you eat an egg yolk, I want you to think you're eating an egg brain, okay? And that egg brain, when it died, was in a much better frame of mind because it knew it wasn't in a cage. It says that right there on the Hellmann's mayonnaise jar. How insane are we getting? Anyway, the bottom line is these companies have struck gold by selling grass clippings as hamburgers, as Whoppers! And then I read that people love the taste! I said, "This is not possible."

This is my own logical progression. "Grass clippings don't taste like beef." I don't have to eat a mown lawn to know this. I don't have to pick up a sprig of grass on the golf course and chomp on it to know it ain't a Whopper, and yet people are doing that! They're eating plant-based whatevers and thinking it's a gigantic Whopper or Big Mac or whatever. So you know what they're doing folks? (laughing) Is this not great? (laughing) You know what they're doing? They're adding massive amounts of saturated fat in the manufacturing process.

Initially, the heart doctor in this story was curious. The guy thinks: Hey, this could be the ultimate healthful food, a fake burger that doesn't have any of the bad stuff of meat in it. So this doctor, "Dr. Sean Heffron, a cardiologist at NYU Langone... was curious, in particular, about the new red-meat substitutes. He hasn’t eaten red meat or pork in 25 years, and spends many of his days advising people to cut back on red meat... 'I’ll be honest,' he says. 'I was tempted. But then I read what’s in them.'

"To taste anywhere near as good as real meat, he explains, 'plant-based burgers have to replace (ground beef’s natural fats) with something.'" You know what they're using, folks? I don't know how to tell you this. I don't know how to tell you this. I'll just tell you flat-out: All of these outfits making plant-based burgers that are selling out the wazoo and customers think are great, the greatest percentage of ingredients in the stuff is coconut oil. Coconut oil is being used to make grass clippings taste like a Whopper or Big Mac or Quarter Pounder with cheese! 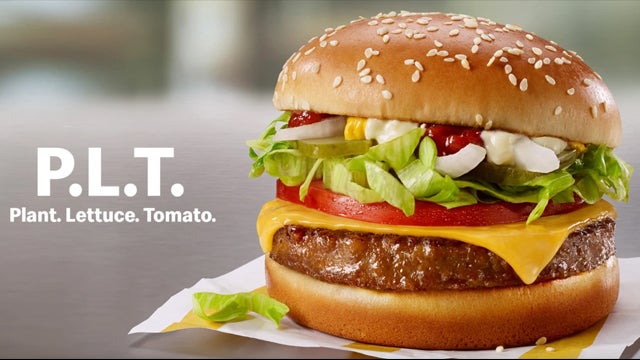 You can pop... Like, if you're the concessionaire at a major league sports stadium, you can't pop the popcorn per customer. You couldn't pop it fast enough. You'd have people standing in lines. So they pop that stuff days in advance. They put it in gigantic trash bags and store it, and then on game days they put it under heat lamps and so forth. It tastes like it was just popped because of coconut oil. Mazola? Crisco? They don't do the trick.

Nothing against Mazola or Crisco, but they don't even taste like movie theater popcorn, either. You gotta get coconut oil. But you know what? You can't buy coconut oil very readily publicly. You have to go to movie supply houses to get popcorn prepackaged with coconut oil as the oil, and it's colored and made yellow so the popcorn comes out looking yellow. It's delicious. And now it's this stuff! It's coconut oil -- saturated-fat city -- in all of these vegan-inspired, grass-clipping Whoppers!