RUSH: Well, just moments ago, folks, right here before the big program begins, the president tweets out that he no longer needs the services of John Bolton. John Bolton, the national security adviser. So obviously Bolton has been fired. (paraphrasing) “I told Bolton I no longer need his services. I disagreed with many of the suggestions that he has made.” 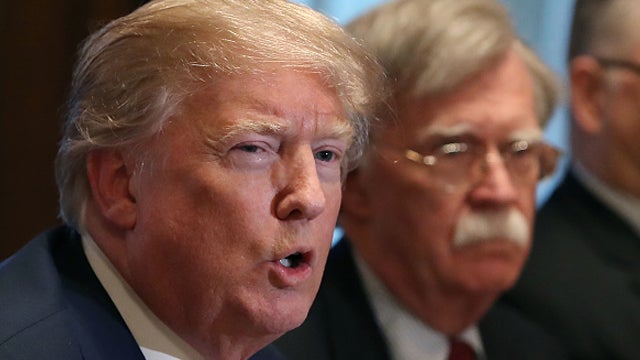 So we'll have to wait and find out what this was all about. Once again, relying on the Drive-By Media for details is gonna be problematic. But we'll eventually get to the bottom and find out what this is all about. You know, I'm gonna take a flier. I'm gonna take a wild guess. And it might have something to do with somebody inviting the Taliban to Camp David. Whoever did that needs to have their head examined.

Now, I can't believe that Bolton would be the guy responsible for that. Bolton is the guy that has no patience -- well, wrong term. He doesn't suffer fools, and he's not somebody that likes to accommodate the enemy. Whoever it was that came up with the idea of having these Taliban monsters up at Camp David, thank goodness that didn't happen.

RUSH: Bolton statements and Trump's statements are at variance. (That means they're different, for those of you in Rio Linda.) Bolton is saying that he offered to resign last night but the president said, "No, no, no, no. Let's talk about it tomorrow." The president is saying he asked for Bolton's resignation; it was not Bolton's idea. So now people are trying to speculate, "What is this about?" He's the national security adviser, and there are any number of things it could be and there's no way of knowing. We just have to wait. It will come out at some point.

Trump loves meeting with these people because he's got dreams of ending disagreements with these people, bringing peace and tranquility to the humanity of earth. Bolton doesn't see eye-to-eye with any of that. It could also be about troop withdrawals in Afghanistan. You know, there are factions in the White House that want to get us out of there. It's been announced that we're getting out of there. We've been over there for I don't know how many years, and some people say we don't even know why we are still there. 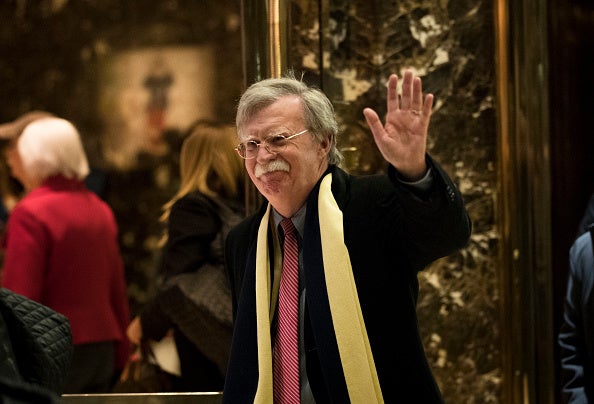 Bolton would not want to pull out of Afghanistan. Bolton would not want to withdraw from any presence in places like Syria. So it could well be that this is just the culmination of systemic policy differences that have led to this. As I say, we will be rewarded if for patience. We'll find out what this is all about, because there are people here with vested interests, their reputations and so forth. Bolton has a reputation as a hardliner, doesn't take any guff, is not one of these touchy-feely, politically correct guys.

"Let's try to make 'em like us. Let's find out why they don't like us and change." That's not Bolton. He don't care that they don't like us. We just gotta beat 'em. We gotta pummel 'em. And, to a certain extent, Trump is that way as well. But something went awry, and the Drive-By Media is all thrilled about it because it represents more discord in the Trump White House, more disorganization, more evidence that Trump doesn't know what he's doing. Now, the Drive-By Media have hated John Bolton ever since he was a U.N. ambassador. They hate him. They despise the guy. Now they're gonna love him if they can position him as the good guy.

RUSH: Well, now, there you have it. CNN is saying that Bolton was fired in part because Trump was upset that John Bolton was upset that the Taliban had been invited to Camp David. It makes perfect sense that Bolton would be upset by that. A lot of people were kind of confused. "What the heck? The Taliban being invited to Camp David?" But then again, Clinton had Yasser Arafat and the PLO and those locos there. It's not as though world's reprobates have not been to Camp David. But Bolton would not at all be in favor of that.

So it could be that. It could be Afghanistan withdrawal, Syria. Bolton is insisting that he resigned, that Trump didn't fire him, and he's trying to get that word out. He actually texted Brian Kilmeade, Bolton did, at the Fox News Channel. Kilmeade was on Fox a little after noon and got a text from Bolton. "Hey! Hey! I quit. I wasn't fired," and so forth. So this is going back and forth.