RUSH: Story here from PJ Media. The headline: “Lindsey Graham to Meet with Attorney General Barr this Week to Discuss Rollout of SpyGate Docs -- Sen. Lindsey Graham told Fox News host Sean Hannity on Tuesday that he plans to meet with Attorney General William Barr this week to discuss how best to roll out the SpyGate documents that will soon be released to the public.” 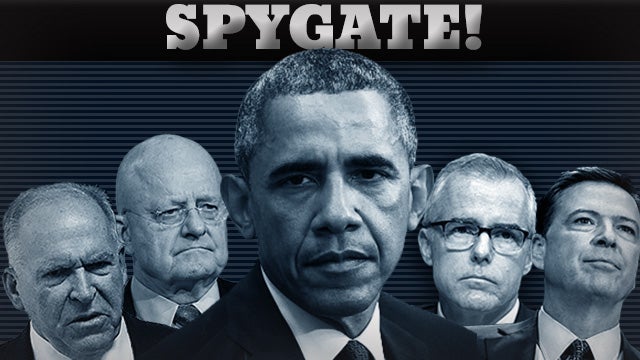 There was a story yesterday, and I forget who or where, expressing great frustration with Senator Graham. It was a year ago Senator Graham had promised all of this focus on the investigation into Trump-Russia collusion, and there hasn't been anything. So whoever wrote the piece is very skeptical, thought we'd been set up.

Then we had this piece, remember this piece yesterday that I shared with you by Robert Nehring, the former head of the Republican Party in California, who said looking forward to 2020, the names that don't mean anything included Robert Mueller and Russia and collusion.

His point is Trump getting reelected has nothing to do with that 'cause it's an old story, it's beyond people's scope of attention now, and whatever is learned about the investigation is not gonna be a factor. It's the economy, it's this, it's that.

Now, here comes this story, “Lindsey Graham to Meet with Barr to Discuss Rollout of SpyGate Docs,” and we're not supposed to care about this, according to Mr. Nehring. Do you still care about it? Do you think that it is important that we learn exactly the nature of the conspiracy between Obama's DOJ, FBI to take Trump out?