RUSH: The Stand up for Betsy Ross T-shirt. People have been asking, "Rush, you haven't mentioned this." We haven't mentioned it on purpose. Two reasons. One, the shootings -- and, folks, we needed time to fulfill the orders that have come in. We hope to finish shipping everything by Tuesday, and do you know what the total number of T-shirts is? We're going to be close to 300,000 of these babies, 300,000, Stand up for Betsy Ross T-shirts.

We had another shipment of printed shirts just arrive today at the warehouse. So now they have to be logistically categorized, placed in the right bins, and shipped out to the right people who ordered them. This came up today on Fox, the American Newsroom show with Bill Hemmer. He was talking to Frank Siller, who is the CEO of Tunnel to Towers, which is the charitable beneficiary, proceeds from the sale of Betsy Ross, Stand up for Betsy Ross T-shirts -- at RushLimbaugh.com, by the way. That's where you get them, the "Store" tab at RushLimbaugh.com.

Here's a little sound bite from this morning...

HEMMER: With what Rush Limbaugh has done for you and selling those T-shirts --

HEMMER: -- how much money has he raised for the organization?

SILLER: It's unbelievable. I went on... I was on Fox & Friends today, and we named 10 mortgages that we paid off -- six mortgages we paid off, and four Gold Star family houses we started construction because of that. But, listen, that $3 million is unbelievable.

RUSH: It really is, and this happened inside of a month. We've been at it a little bit longer than that. But we weren't able to start fulfilling orders for the first week. We had to scale up rapidly when we saw the overwhelming reaction here. It's 300,000 T-shirts, folks! That $3 million is $3 million and counting, and people ask, "Is there going to be any more?" Well, just stand by, folks. We, right now, are focused on making sure we get everything out.

Again, we hope to have everything out the door and shipped by Tuesday. And then the fulfillment staff, they haven't had a day off since this began. So we're going to give them a half day. After working 30 days straight, we figure that's being fair. Nah, it's a little bit more than that. By the way, one more bite. Shannon Slutman was on also this morning on Fox. She's the widow of Marine Corps Staff Sergeant Christopher Slutman, killed in Afghanistan.

SLUTMAN: Frank has been amazing, and the whole Tunnel to Towers Foundation. And I've told the story before that we, on the worst day -- worst day -- of our life, we found out about Chris passing away. They walked in and said, "Your mortgage is taken care of." So everybody knows that's the biggest bill you ever deal with. For my girls to know that we were going to stay in our house, and we didn't have to worry about moving or any changes was a big deal. It helps you focus on what you're supposed to focus on, which is my kids, my girls. It's just one less thing to worry about. You're able to focus on, you know, college and making sure that they have their day-to-day needs met. 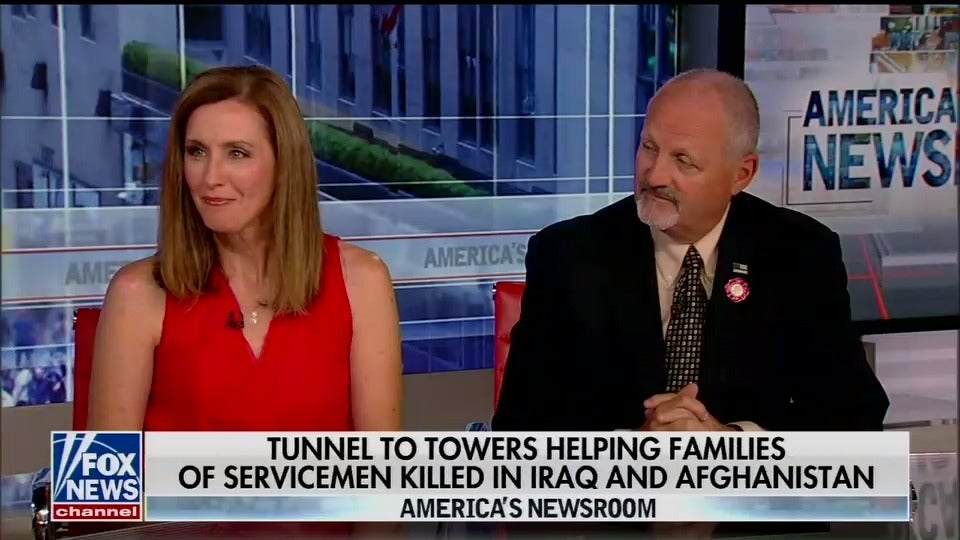 RUSH: Every one of you that purchased a Stand up for Betsy Ross T-shirt made that possible for Shannon Slutman and a lot of others. Ten mortgages. Actually, sixteen mortgages have been paid off. Four Gold Star family houses have been under construction now. I mean, it's a tremendous amount of money that all of you made possible. So that's the update on it and it's still alive and kicking. If we had brought it to a conclusion, I would have told you about that. I don't keep anything from you, ever.