RUSH: Joseph in Mesa, Arizona, it's great to have you on the program, sir. Hello.

CALLER: Good morning, Rush. How are you?

CALLER: (garbled speaker phone) I just wanted to bring up this $15 federal minimum wage as simply being a piggy bank for liberals. They want to tax workers (unintelligible) to accomplish health care for all -- including illegal immigrants -- to finance the Green New Deal. It's all about tax revenue, when you come down to it, for liberals. They think this is indirectly gonna make corporate America foot the bill. Employees will never see it if the liberals get in office.

RUSH: (reading transcription) "Employers never see...?" Employees will never see what if liberals get...? You mean the minimum wage increase?

CALLER: Or any... Yeah, they will never see it, because the liberals are gonna tax anything as far as what workers get. They're gonna tax it to accomplish their goals.

RUSH: Oh, so you think the purpose of the $15 minimum wage is to simply raise people's wages so they can raise taxes on those wages?

CALLER: Absolutely. Absolutely. And if you look at a lot of states that have the $15 minimum wage, they're gonna do same thing.

It was a huge number. And when the restaurant closes, all of the jobs there, all of the people that work there lose their jobs, and you don't pay taxes on what you're not earning. And yet the people proposing this know full well what's gonna happen, and yet they continue to propose it. So what is the real objective of the minimum wage? The minimum wage... Let's take a free market example, and by "free market," there's nothing totally free. But I want to define my terms, and I'm doing this from the standpoint...

I'm starting at step one, for those of you who may not have had a proper economic education. I know a lot of you have, so bear with me here. But in a free market, what people earn is determined by the market. There are many factors that go into what people earn. The first thing, if you're gonna join a union, then you are giving up any opportunity to earn any more than whatever your union organizer can negotiate with the employer. You are not an individual. You're part of a collective bargaining unit. Your individual compensation is irrelevant. It's the total package that matters.

It doesn't matter how many people are in the group. You are not somebody that has an opportunity to raise your wages unless you work a lot of overtime. Where there are a lot of employees, collective bargaining is the way it's done because it's simpler for everybody involved, particularly management. But it's the least flexible way of earning income. If you do not work, if you're not part of a union, then you're worth what somebody will pay you, and the market is who determines that. The government shouldn't be determining the value of work.

Whoever is hiring you should be determining that, and if it's not satisfactory to you, then you refuse it and you go someplace else. The market fixes these problems. Now, I know. Look, there are exceptions to everything. There's collusion. There are some people who do some bad things. Nothing is clean and pure as the wind-driven snow. But compared to market forces determining the price of goods, the price of labor, the level of income that employees make, when the government enters the fray, it becomes purely arbitrary. It has no relationship...

So he wants to mandate that the minimum wage applied to these jobs and this small business go up by double. Okay. So the guy running the business has got a problem. He doesn't have the revenue to double or even go up by one-third the minimum wage. He's already paying people the maximum he can afford and still keep the business up and running. But here comes some arbitrary guy, who doesn't know a thing about the business, demanding that he pay people this much more. The guy's got one choice. He's got to get rid of people.

He can't come up with money he doesn't have. He's got X-amount of revenue devoted to labor, whereas he now has 10 employees making that. If the minimum wage goes up, he's gonna have to fire two or three people 'cause he can't just print money. He can't just go eat and then have money miraculously show up in the bathroom. He can only grow the business so much based on market circumstances. So any arbitrary application of wages, which is what the minimum wage is, is gonna destroy jobs -- and what destroys jobs, destroys tax revenue.

It is a way for these charlatans like Bernie Sanders to come in and make unsuspecting dupes think that Bernie Sanders really cares about them; Bernie Sanders really, really loves them and really, really wants to see the best for them. All it is, is ham-handed fist of a bunch of tyrannical authoritarians who haven't the slightest idea about business coming in and wrecking it. These are also people that do not trust the free market to behave equitably and fairly. Yet there's not a single person in America on the minimum wage who has ever gotten rich.

It doesn't matter. They lie to everybody about it, and they use it to constantly criticize the free market, to constantly criticize small business, to criticize entrepreneurs and to smear them -- and to make them appear to be "unfeeling, uncaring, unwilling to share, proving that trickled economics doesn't work." It's hideous what these people do! It's hideous. The minimum wage has long been documented to be an abject destroyer of small business. It's not even arguable anymore. 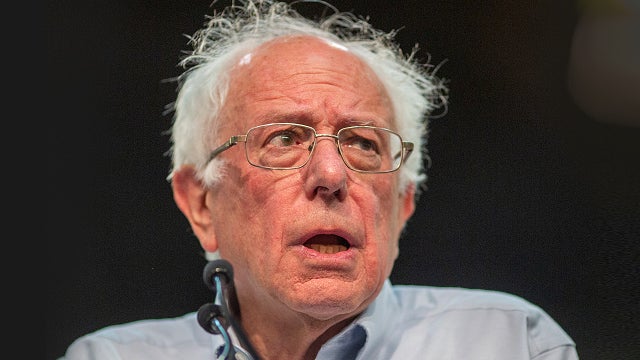 And yet here comes Bernie Sanders demanding it, as are all the Democrats. Now, the funny thing about this -- and this is even in the Washington Post. "Unionized campaign organizers working for Sen. Bernie Sanders’s presidential effort are battling with , arguing that the compensation and treatment they are receiving does not meet the standards Sanders espouses in his rhetoric, according to internal communications.

"Campaign field hires have demanded an annual salary they say would be equivalent to a $15-an-hour wage, which Sanders for years has said should be the federal minimum. The organizers and other employees supporting them have invoked the senator’s words and principles in making their case to campaign manager, Faiz Shakir, the documents reviewed by the Washington Post show." The bottom line is, Bernie Sanders' campaign staff is unionized. Now, right there, what could go wrong? They've unionized, and they're demanding $15 an hour!

These people come in and propose this gigantic club to be used to hit everybody else out there, and they exempt themselves from it. Bernie's campaign says, "We can't afford it." Bernie, do you know how many other businesses are not gonna be able to afford it because of the circumstances I just described? For the Washington Post... I'm telling you, folks, not only are the Drive-Bys out for Biden, they are out for Crazy Bernie now. This is what this is. The Washington Post doing this, trying to expose the hypocrisy and the tightwad, cheapskate characteristics of the proud socialist in the presidential campaign on the Democrat side?

You gotta love it.

RUSH: Yeah. I have to tell you, I love the headline in the Washington Post, "Labor Fight Roils Bernie Sanders Campaign." (laughing) People that work for him only want what he's promising to give everybody and he's telling them to go pound sand.