RUSH: From Axios: “’Trump Slump’ Hits Big Media.” And what this is about is that the excesses that the Democrats and the media think are Donald Trump are not shocking anybody anymore. And, therefore, the media going ape over what Trump says or does has gotten so old that people no longer need to tune in to Drive-By Media to hear about it because it isn't news anymore.

The story revolves around the fact that some media got a huge ratings bump by covering all this Trump stuff from Russia collusion to the Mueller investigation to all of that. And the bottom line is that Big Media didn't do anything to earn whatever increase in ratings or website clicks they got, and they haven't done anything to hold on to those gains.

Fake news was a temporary thing. They're out there promising Trump's demise. MSNBC was totally lying to their audience, as an example, that Trump was gonna be perp walked out of the White House the next day, and they did this for two years. And they told everybody watching Trump was guilty, he colluded, they've got the evidence, Mueller's got the evidence, Trump's gonna be charged, Trump's gonna be indicted the next day for two years.

And when the Mueller report comes out and Trump's, quote, unquote, exonerated, then the audience just started abandoning MSNBC in droves, and the same thing started happening to CNN. Mueller's appointment, in other words, gave the insanity a lot of energy.

Mueller's appointment and the never-ending claims that he was gonna find it, he was gonna get Trump, Trump was gonna be history, Hillary was gonna be president again, the magic was gonna happen, that gave the insanity that was daily presented as news to the Democrat base, that gave it legs, that gave it energy, and it lasted until Mueller had to admit that there was nothing there.

Now, the point is that during this when all of this was creating a big ratings boost, say, for like MSNBC, interestingly, it didn't really create a ratings boost at CNN. Their numbers have been in the tank for quite a while. But the New York Times had massive new subscriptions on their website. Ditto the Washington Post. 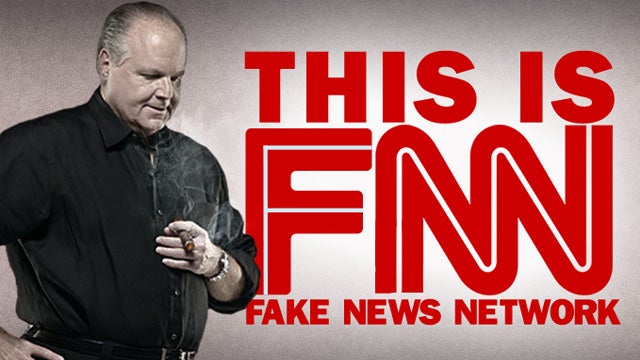 But while all this was going on, it wasn't anything that the media was doing. Therefore, it was nothing that was gonna last. The media wasn't getting new customers. The networks weren't getting higher ratings with new viewers because, if anything, they were doing to connect with their audiences. So there was nothing to keep those people when the news went sour.

So when the news turned sour, bam, all these people that had tuned in and subscribed began to fade away. There were no compelling personalities to hold the audience no matter what the news was because this was an audience that had been lied to. An audience -- New York Times, Washington Post, CNN, MSNBC, CBS, take your pick, they had been lied to multiple times a day, every day, for over two years. 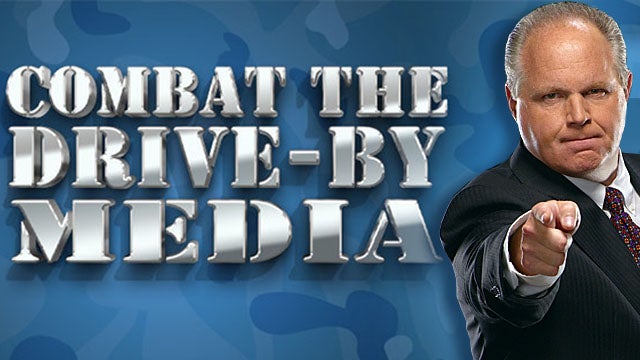 Axios says why it matters: “The shock factor around President Trump's unplanned announcements, staff departures, taunting tweets and erratic behavior is wearing off, and media companies are scrambling to find their next big moneymaker.”

The next paragraph in the Axios story is: “Driving the news: Executives tell Axios that Trump fatigue is very real: Interest in political coverage overall is down, which is spurring investments in other beats, like technology and the global economy. Democrats don't appear to be the lifeline media companies are hoping can fill the gap –" They're even lying to themselves about why the Trump bump has happened. Their claim, “Well, Trump's no longer worth it. He's not filled with shock value anymore. Trump's old hat.”

RUSH: Here's the key line in the Axios story, "'Trump Slump' Hits Big Media." Quote: "Democrats don't appear to be the lifeline media companies are hoping can fill the gap for diminished Trump interest. Executives say they expect this week’s debate ratings to be nothing like the ratings for the 2016 Trump debates." (chuckling) So they were hoping that interest in the Democrat presidential primary would pick up the slack for the so-called drop in interest in Trump. There is no drop in interest in Trump. 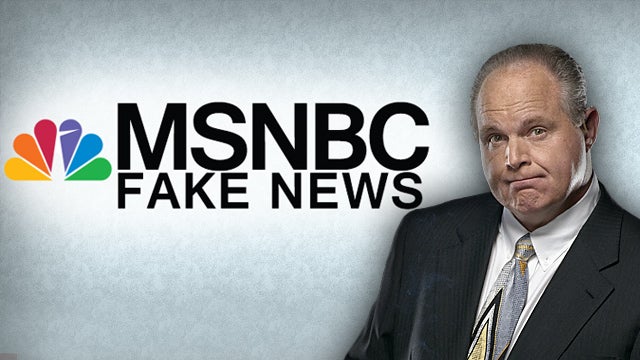 What has happened is the people are tired of being (on the case of the left) either lied to or set up for big things and let down. They just don't trust 'em anymore. It's not that Trump has become (chuckling) more boring. They're covering him. And the fact is, they're admitting that the Democrats -- (sobbing) the lone hope to bring back hope and salvation to America to get rid of Donald Trump -- are boring to people. This is more worthy... This little paragraph in this Axios story is worth more than any poll right now to tell you where the presidential race in 2020 is. It isn't good for the Democrats.