And, by the way, this has become an issue that practically every Democrat frontrunner has said they support.  They can't not support it! (laughing) They have to support reparations for slavery.  At the same time, the bill claims slavery "was a moral and political mistake."  Well, somebody invited a writer named Coleman Hughes to give testimony at the hearing.  He's a writer at a website or magazine called Quillette, and he testified against the idea of reparations.  He said (summarized), "We don't need another program like this, and nothing I'm about to say is meant to minimize the horror or brutality of slavery and Jim Crow.

"But we do not need another one of these quasi-welfare programs.  What we need are safe neighborhoods, good education.  We don't need reparations.  We don't need another apology."  Well, the room exploded -- and the guy's African-American.  The room exploded, and the chairman of the committee had to start shouting, "Chill out, everybody!  Chill! Chill! Chill!"  Now they're all trying to find out who invited this guy, who he is, how he got in there, and how they can make sure this doesn't happen again because...

They even brought Danny Glover in!

They brought Danny Glover in to testify for reparations for slavery.

RUSH:  We're gonna start here with her eminence, Sheila Jackson Lee.  You talk about intelligence? She possesses a rare intelligence, and she's one of the guiding lights of the Democrat caucus in the House of Representatives.  You know the old story.  She lives in Houston, a suburb of Houston.  She was over at NASA, and they had had video shot from the Mars Rover.

It was tooling along the surface, scooping up stuff, analyzing it, sending it back to NASA to find out what it was so that we could escape to live there when climate change wipes us out.  She asked them if the rover would then go over to where the astronauts planted the flag. Ahem. All this is televised, and the NASA officials say, "Ahem. Ahem. Well, uh, Congresswoman, uh... That flag was the Moon.  Buzz Aldrin. Armstrong. They planted it on the Moon.  We haven't been to Mars yet."

"Oh, yes, yes! Of course, of course," she said. "I knew that. I knew.  Don't be silly.  I knew that!  Don't insult me.  I knew that."  So whenever she speaks, we stop and listen.  It's a rare moment.  So this morning during the slavery reparations hearing, Sheila Jackson Lee explained her logic verifying or requiring or supporting the idea that we need slavery reparations.

LEE:  Supporting the institution of slavery and subsequent discrimination directed against blacks is an injustice that must be formally acknowledged and addressed.  I just simply ask, "Why not?  And why not now?  If not all of us, then who?"  God bless us as we pursue the final justice for those who lived in slavery for 250 years in the United States of America.

RUSH:  Well, it's kind of late for them, Congresswoman.  I guess tou're gonna take their money and claim that it's theirs and you're gonna do the right thing with it? Just like liberals do: Take everybody else's money. You're gonna get a bunch of money appropriated for them.  I mean, you never lived in slavery, unless you want to claim that life in America today for Democrats or African-Americans (or gays, lesbians, transgenders, and the bathroom-confused) is slavery.

But how about this justification:  "The national average suggests the percentage of black children living in poverty is more than 150%"?  So (chuckling) how many people are we counting twice here in order to just -- and how many of them are slaves?  And then she said here, "God bless us as we pursue the final justice ... that must be formally acknowledged and addressed."  Have we not, have we not acknowledged, have we not addressed it? Five hundred thousand people lost their lives in Civil War to stop this.

There have been more programs featuring federal money than you can count.  This is my argument.  These people have voted Democrat my entire life. They've voted Democrat to fix all these things, and notice they never get fixed! The anger never does anything but ratchet up.  You talk about failed performance?  Okay.  So that was Sheila Jackson Lee.  Now it's time for the star witness at the slavery reparations hearing -- and in this, the playbook never changes.  Danny Glover. Do you know why he's an expert?  Because... (interruption)

No, no, no.  No.  No, no, no, no, no.  He wasn't a slave.  Of course not.  But a cab wouldn't stop and pick him up on the streets of Manhattan some year. Don't tell me you've forgotten that. (interruption) Oh, yeah.  Danny Glover's out there on 42nd Street and Eighth Avenue -- I wonder why -- and a cab went by. He was hailing a cab; the cab wouldn't stop. Danny Glover gets enraged, calls Mel Gibson, says (paraphrased), "We need to do a press conference on this! The cabdriver was not African-American, obviously scared of me. Racism! This city sucks!"

A major cause celebre was born, and that's why he's been brought in as a witness! (interruption)  Ah, close ties with Hugo Chavez?  I mean, that's... Hugo Chavez had nothing to do with slavery!  I mean, to us he might have, but not to these people.  Hugo Chavez freed the slaves to live in poverty, which is the natural state of things.  So here are the opening remarks of actor and activist -- and the famously discriminated against by the New York taxi cab community -- Danny Glover, and a portion of his opening remarks... 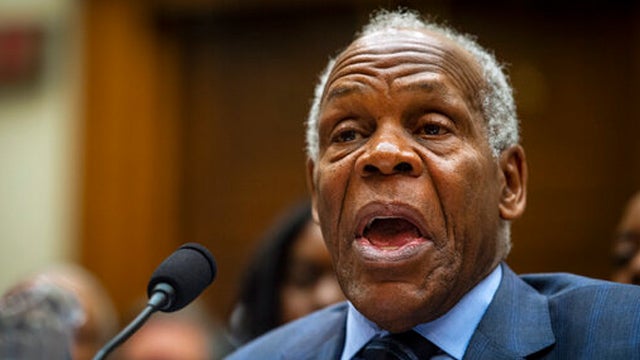 GLOVER:  I am deeply honored to be here today offering my testimony at this historic meeting about the reckoning of a crime against humanity that is foundational to the development of democracy and material well-being in this country.  A national reparations policy is a moral, democratic, and economic imperative.  This hearing is yet another important step in the long and heroic struggle of African-Americans to secure reparations for the damages inflicted by enslavement and post-emancipation and racial exclusionary policies.

Jamaican doesn't count as African-American, though, so there's an exemption, you see?

But look, this technique of bringing in actors... I'm sure Danny Glover has starred in many roles as an African-American discriminated against.  This gives him instantly credibility with the left.  This is not new.  Let's go back to May 6th, 1985.  The House Democrat caucus had a little task force here trying to get what they wanted in the farm bill.  Now, this is 1985, so we're going back 40-plus years.  The witnesses for this stellar Democrat hearing on the farm bill were actresses Jessica Lange, Sissy Spacek, and Jane Fonda.

LANGE:  What we are witnessing in this decade is the systematic destruction of much of rural society.  And in those states, the so-called farm states, when the family farm goes down, the entire state goes down.  The heartland of America is being vacated.  And I know this one thing.  They are in pain.  And it is heartbreaking to witness their anguish as they watch their lives stripped away, as they watch their boundaries disappearing --

LANGE:  -- the boundaries which describe their work -- 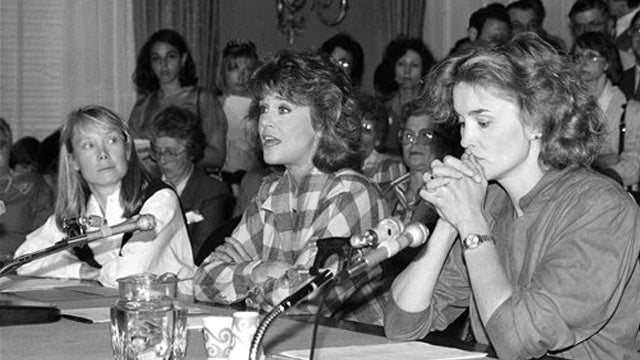 LANGE:  These people are living in a kind of modern-day slavery.

RUSH:  And there you have it! Now, the Democrat Party today mocks and makes fun of farmers.  They mock and make fun of rural America.  They laugh at 'em.  They talk about how dumb and stupid they are. "They chew and spit tobacco. They're missing their front teeth. They drive around the pickup trucks with gun racks in the back with a couple of shotguns there.

"They're the first to show up at church on Saturday night to make sure that they get the pew that they want to sit in. This is who they are. They may as well be in a Deliverance movie," and then -- and then -- they actually had to praise these people for believing in God-d?  You can't do that today, as a modern-day leftist or Democrat.  But Jessica Lange, because she had portrayed these circumstances in a movie, was a star witness.  Up next, Sissy Spacek...

SPACEK: I'd be naive to assume that this is a simple problem with simple answers, but one thing I'm sure of. We can't turn our backs on these people who have fed us so abundantly and so cheaply throughout our history.

RUSH: Man, do you believe this? It wasn't that long ago where Democrats claimed to love the farmers. They claimed to love the rural parts of America. Now that they vote for Trump, it's let 'em starve. We don't care. The fact they believe in God means they're a gigantic threat. Last and least, Jane Fonda.

FONDA: Not since the Grapes of Wrath have we seen so much attention by actors and filmmakers paid to the plight of the family farmer until today. Art and movies reflect reality, but they also shed light on it. And having made these films, The Doll Maker, The River, Country, Places in the Heart, we have a natural desire to express our concern for those farmers in the real world and their wives, their families who are being driven off their land into the graveyard of debt.

RUSH: Oh, yeah, the Republicans were starving 'em, they were gonna take away their Social Security, kick 'em off their farms, sell their farms to the Chinese and the Japanese, all of that was what was the order of day back then. Republicans didn't care about farmers. Only Democrats did. Here's the witnesses to prove it, actresses. What it really was was a way for Alan Cranston, who was a fairly advanced seasoned citizen by that time, just his way of being able to meet 'em and hang around 'em.