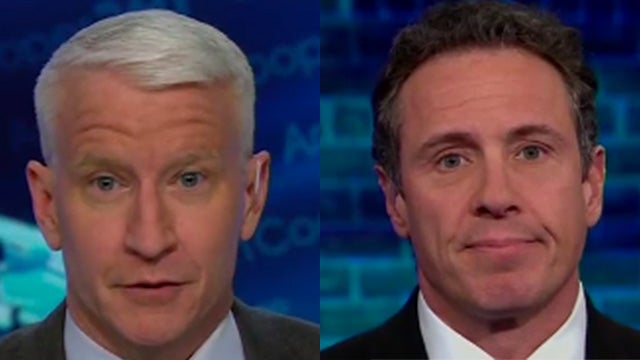 "No, don't expect much on the Mueller report."  They're just... They're losing control.  Sound bite No. 22.  You gotta hear this.  Last night Anderson Cooper 360 was speaking with Fredo Cuomo, the host of his own show.  You know, it's pretty bad when you have a show on a cable network and your guests are the hosts of other shows.  It happens on Fox News a lot too.  Anyway, Fredo had this to say as a little bit of a caution...

FREDO:  You need to temper your expectations on what's gonna happen with the Mueller probe, that I don't see -- and I could be wrong, but -- any proof of criminality that is gonna pose a threat to the presidency.  However, there are other probes going on that should be of great concern, because Mueller has a specific, uh, mandate.  The Southern District and Eastern District of New York -- also federal prosecutors, obviously -- do not, and they are looking at things that he can't deny knowledge about: His business, his foundation.

RUSH:  It's inane.  Mueller has a specific mandate?  He does not have a specific mandate.  That's the whole problem.  Mueller was not given, as regulations require, a specific crime to pursue.  But Fredo doesn't know that.  None of these people at CNN know that.  They believe that Robert Mueller was officially charged with finding evidence that Trump colluded with Russia.  He was not given a crime.  That's what makes this whole thing unconstitutional and illegal.

Mueller was not given a crime, by design!  He was given a license to go fishing.  But the larger point is CNN, for over two years, has been devoted to the premise that Trump stole the election.  They have been devoted to the idea that the Russians came in and colluded and tampered with our election to benefit Trump so that he could win and defeat Hillary.  CNN has established that as its identity.  This is why they are in business.

This is what and why the news is reported on CNN, and now here comes Fredo telling us we "need to temper (our) expectations on what's gonna happen with the Mueller probe," that he doesn't "see ... any proof of criminality that is gonna pose a threat to the presidency"? What?  You've just wiped out the last two years of CNN's existence!  You have just told your own audience that the network they've been watching the last two years has been lying to 'em!

This is the same kind of pretzel that these people are tied into in Virginia.