RUSH: It’s kind of mesmerizing to watch, kind of exciting to watch, and the excitement tempered with some anticipation. But essentially what we're watching is the Democrat Party commit suicide. Now, I know it may not look like that to you because you might think the Democrat Party's winning and dominating things, but I'm telling you, folks, they are committing suicide. And I'll tell you who has made this happen, aside from me, and that would be D.J.T., Donald J. Trump. 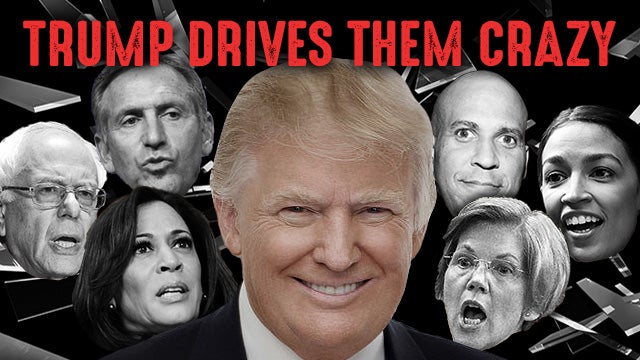 And as I said yesterday, if all of this stuff has you worn out, if you are at your maximum absorption level, I fully understand. You want to talk about the Super Bowl, you want to talk about any aspect of the Super Bowl, if you want to weigh in on the cold weather, you have at it, 'cause I'm convinced I can make anything anybody calls about interesting and compelling. Not everybody can do that, but I am one who can.

Let's start with the great economic news. And this is in and of itself part of the news here that is driving Democrats crazy. Donald Trump is driving Democrats crazy. Now, that is not new or revolutionary. But we've talked in recent days about how the Democrats are no longer masking and hiding who they are. They're just out front with it. I think one of the reasons for this is Trump. Trump, in the political spectrum of things here, Trump owns the right, obviously, but I think he also has made great inroads in carving out a dominate position in the center. 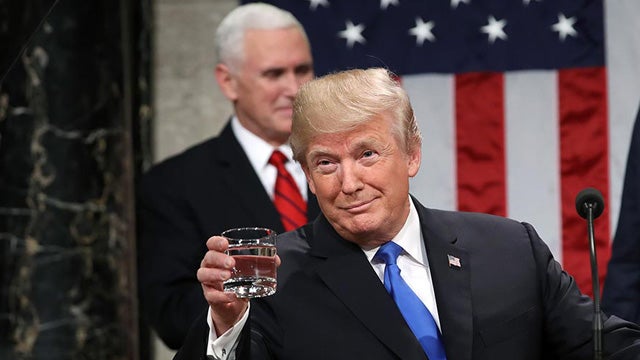 Now, Howard Schultz thought he was gonna make a beeline for the center, but Howard Schultz cannot believe what is happening to him. Howard Schultz is a classic example of an ignorant -- and I don't mean to be insulting with this. I'm not using that term to insult him. He has no idea what's become of the Democrat Party. He has no idea how radically insane liberal it is. And now he's finding out. And he's gobsmacked by it.

He doesn't understand. He spent years plotting his presidential announcement. He spent years researching positions and policies to articulate and explain, that would place him where he thought be right in the middle of all of the radicals on the left and the radicals on the right. And he fully expected a massive embrace from many in the Democrat Party and from a lot of people in the media. And he does not understand. He has been totally shell-shocked by these increasing vitriolic demands from people in his own party that he get out, that he announce he's not running, that he quit.

In the meantime, CNN can barely contain itself that Cory Booker has announced his intention to enter this fray. Cory Booker, who is nothing but a resume of failure, why would somebody who did what he did to Newark, New Jersey, think that this would propel him to the White House? And the same thing with the mayor of South Bend, Indiana, and some of these other decrepit leftist cities where these mayors now want to enter the fray.

In addition to that, you have Michael Moore, Fauxcahontas, and Crazy Bernie and Alexandria Ocasio-Cortez, they're all coming out today in a massive assault on success and achievement disguised as an attack on the rich for not paying their fair shares in taxes. We are getting a recycling of a decrepit and age-old message from the Democrat Party, from the uber-liberals here and many of them young, upstart Millennials who don't know any better 'cause they haven't lived long enough to be widely experienced, but they think they know more than anybody else.

And you couple this with what the Democrat Party is making known about their position on abortion and because Trump has co-opted a large swath of the American political center, he's driving every Democrat who wants to unseat him so far to the left, I don't care how far to the left you might think our general population is, they are nowhere near where the mainstream of the Democrat Party is. And you will see. 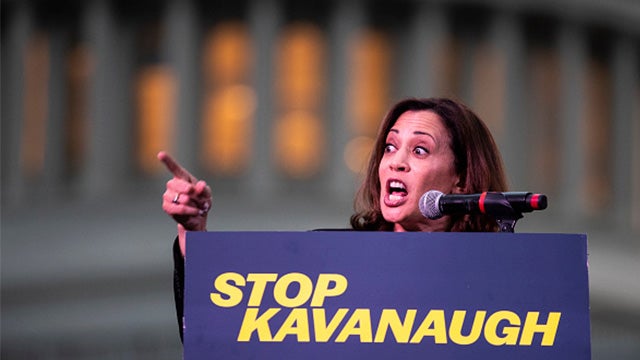 I mentioned something yesterday and I want to mention it again right now. I think Donald Trump in the State of the Union next week ought to take advantage of the opportunity of this massive, large audience and give a speech that is basically comprised of a number of his tweets in the past couple of days. Just sit there -- well, stand there in the House of Representatives at that podium and simply explain the Democrat Party agenda. Not widely shout it, not offer it in an attack type vein. Just mention it. Just, in the context of informing the American people the questions that face us as we determine the kind of future we want. And he presents the Democrat agenda, because the media isn't.

The media is in no way being honest about what the Democrat agenda is. Do you know that the media's not even covering this Ralph Northam business? And a bunch of people went out and asked other ranking Democrats what they think of Ralph Northam's position on after-birth abortion in Virginia, and they're all claiming they didn't know. “What?” they're saying. “I didn't know about this.” Half of them are lying. The other half are telling the truth 'cause the media isn't reporting this. 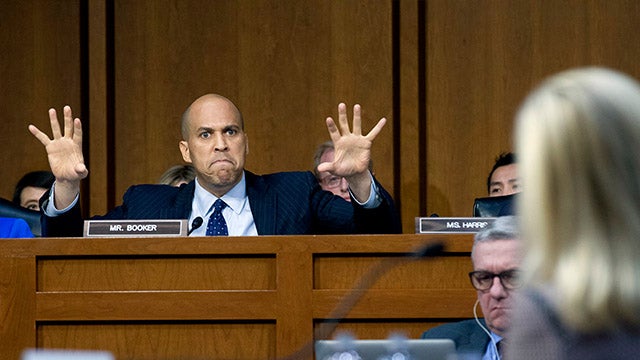 This is a golden opportunity for Donald Trump to simply explain the options we have going forward as a country. “Here's what the left-wing Democrat Party is offering,” and then go down the list and quote from all of them: Elizabeth Warren, Bernie Sanders, 90% tax rate, free this, free that, free everything, and make the Democrats stand up and applaud it.

Some of you, "Rush, we gotta be very, very careful, you know, everybody likes Santa Claus, everybody wants free stuff." Folks, there is so much in the Democrat Party agenda that is so out of the mainstream that a lot of Americans do not know, have not been told, it hasn't been reported. The Democrat Party is still to this day reported as the only reasonable bunch of people in the country. The media is not at all informing people of the true radical nature. I'll go example by example here to give you an idea what I'm thinking about.

But all the president would have to do is explain his sadness, not anger, sadness and dismay over what he is hearing from Democrat governors and legislators in New York about aborting children during birth or after. And he could just say, "Is this who we are? Is this what you want in your future? Is this what you think the United States of America is?" And then go down some of the other wild-ass proposals these people are making on other things and present the contrast. 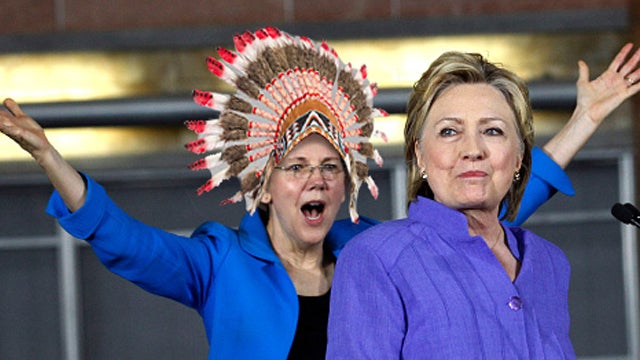 Trump is, I think, uniquely not just qualified, uniquely capable of doing this, because it's gonna be one of the rare times anybody on our side has such an opportunity to reach such a large audience where the media can't ignore it and pretend that it didn't happen. Oh, yeah, they'll edit the hell out of it afterwards and they'll rip Trump a new one into smithereens afterwards and so forth. But I think it's pedal-to-the-metal time here. This is the kind of thing that has to be done. And it's a circumstance I think Trump is uniquely qualified for as an outsider and somebody who does not do things the way they've always been done in the swamp.

You know, one of the things about the State of the Union that has always irritated me is this phony show of unity that happens at every one of them. They hated George W. Bush. The guy shows up and there's the traditional -- and that's the only reason they happen, three or four standing ovations before Bush even gets to the podium. “Mr. Speaker! The president of the United States!” And they all stand up and massive cheers, and it's made to look like total unity until he begins to speak.

And then the Democrats sit down half the time and stand up the other half. Republicans, ditto. I actually think the Democrats at the State of the Union are not going to go through this traditional display of fake unity. I think they're not gonna be able to help themselves. I think it’s one of the reasons Pelosi didn't want to do this State of the Union is because she's afraid of what her own party members, particularly the young ones, are gonna do. So we will explore this and delve into it as the program unfolds.