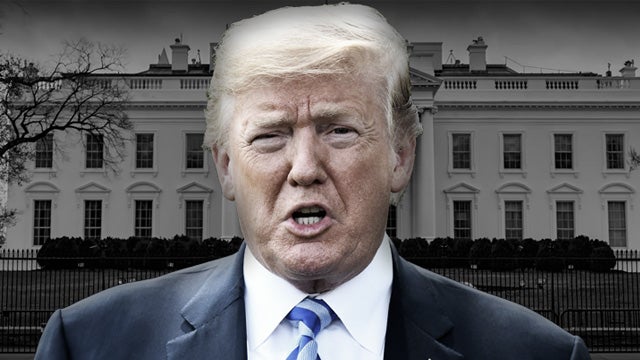 The previous record was established during the shutdown under Bill Clinton which was really the first one the Drive-Bys ever bothered to tell anybody about or report because they saw it as a way to attack Newt Gingrich. The other historic milestone -- this may surprise you. The other historic milestone today's shutdown reached, this is the first day in any government shutdown, the first day in all government shutdowns that furloughed federal employees will miss a paycheck.

Despite all these shutdowns we've ever had, despite the big shutdown over the budget battle in 1995, when we were getting stories about how federal employees were gonna miss their turkeys for Thanksgiving and Christmas. And during the school lunch fiasco where Republicans were killing kids by starving them, this is the first paycheck that will be missed by federal workers because of a government shutdown.

Now, it might be the first time ever furloughed federal employees missed a paycheck, but the checks went out almost immediately after the Clinton-Gingrich shutdown, and these missed paychecks will be made up. That has already been guaranteed.

The Drive-Bys have been shedding tears over missed mortgage payments, children going to bed hungry for three weeks now, but a paycheck hasn't yet been missed until today. There hasn't been any financial hardship until today. There wasn't any financial hardship during any of the previous shutdowns because no federal workers ever missed a paycheck. This is the first time.

And something else to notice about this. Every time there has ever been a crisis in the nation -- except the War of 1812, when the British burned the White House and the rest of the government. Every time there's a crisis, the Beltway not only has not felt the pain, but they have prospered. This is one of the things that's led to this gigantic disconnect. The people of this country are facing consequences daily because of open borders, but not the people in Washington.

During the eight years of Obama when more people were unemployed and the labor force participation rate was at an all-time low and more people than ever were on welfare, the Drive-By Media never, ever talked about it. Never reported it. Never called it to anybody's attention. But when all that was happening -- all that economic decline led and brought to us by Obama -- none of it was experienced in Washington. In Washington, the unemployment rate was 3%. The per capita income in Washington... Well, what is it?

Seven of the wealthiest 10 counties in America are suburban Washington, D.C. So whatever economic hardship is felt by the people -- either from open borders and rampant illegal immigration or just economic decline or you name it -- it's never experienced by people who live in Washington. It's never experienced by people who work there. Except today! Now for the first time ever -- aside from the War of 1812 -- Washington is actually seeing what it's like to worry about holding your job.

Washington is actually worrying and confronted with the prospect of not getting a paycheck.  Washington and federal employees -- for the first time in the history of shutdowns -- are now feeling the pinch about being laid off or fired or facing some other insecurity.  First time!  And the media is right here.  The New York Times: "Washington’s Strong Economy, Financed by Taxpayers, Takes Hit From Shutdown -- It was almost lunchtime at a food court downtown and Yonas A. Seyoum, the manager of the Esprinto Cafe, marched over to the cash register and printed out the morning’s sales.

"'It’s crazy,' he said, holding up a drooping receipt.  He had done $52.71 of business in five hours, miserable even for January.  'Not even enough to pay her,' Mr. Seyoum said, motioning to the cashier, a young woman leaning on the counter and playing gin rummy on her phone.  He added: 'It’s like a ghost city — totally dead.'"  So what's happening?  We can have open borders and we can have rampant crime and assaults on innocent people.  We can have the Obama administration with declining economics for everybody; people losing their jobs. 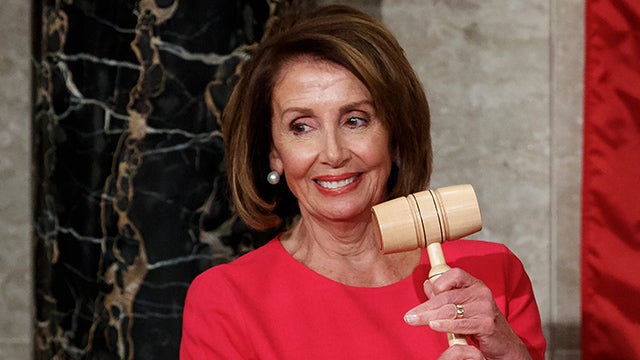 It got to the point that Nancy Pelosi was talking about "funemployment"! To cover up unemployment, Pelosi was owl telling people what a great opportunity it was.  Yeah.  Pelosi said two things. (paraphrased)  "One was most people don't like their jobs anyway.  This is a godsend.  Now they can spend their free time getting reacquainted with family and friends."  Funemployment.  The second thing: "Since most people didn't like their jobs, this is where you can finally forget that drudgery job you don't like and start painting landscapes that you've always wanted to paint.

"Now you can get into arts and crafts that you've always aspired to but you've never had time because of that yukko job you had."  It was so bad that the Democrats came up with that as a way of trying to portray unemployment as a great opportunity, as a great thing bought to you by them and Barack Obama.  Now we have the first government shutdown where the first federal worker is gonna miss a paycheck, and the media wringing its hands. (sobbing) "Oh, my God, the suffering! Oh, my God, the insecurity!  Oh, my God, the empty cash register!  Oh, my God!"

Never do we get stories like this about you or your neighbors in a declining economy except when there's a Republican president.  But during the eight years of Obama, there wasn't any concern for lost paychecks, lost jobs, increased insecurity.  But, man, the media has come out in force in stories of vast and great sympathy and concern for federal employees who -- for the first time in the history of shutdowns today -- are missing their first paycheck ever. A paycheck which, by the way, has already been guaranteed to be replaced when all this is solved and the government reopens.