Swifties! We have a brand new music video! Taylor Swift debuted her new music video for her latest reputation single "Delicate," and it is the video Swifties have been waiting for, as it is reminiscent of old Taylor. Guess the old Taylor can come to the phone now?

Taylor premiered the new visual just after she received the iHeartRadio Music Award for Female Artist of the Year, a category she was nominated in alongside Rihanna, P!NK, Halsey, and Alessia Cara.

Tay's "Delicate" music video takes a step back from the darker Taylor Swifties have seen in her first two reputation music videos, "Look What You Made Me Do" and "...Ready For It," and shows the pop star's silly side.

In the video, Taylor receives a magical note that turns her invisible after being interviewed by media, having a fanboy bell boy at a hotel try to run up to her, and others who notice she's there. Taking solace inside of a bathroom, the note she received turns her invisible, and she she takes advantage of her newfound invisibility and dances in front of everyone around her -- and they don't notice.

She continues to dance through the streets, in the rain, inside of a train and even pulls off an amazing split atop a parked car, and made all of these incredible faces:

During her exclusive iHeartRadio reputation Album Release Party late last year, Taylor explained of "Delicate" and the making of the song:

"There's an effect that you may hear on the vocals throughout the vocals on the rest of the album that is recurring, and it's a vocoder. It's a vocal effect where you sing, and the vocoder splits your voice into chords, and you can play your voice on a keyboard, in chords. So basically, if you're singing the notes of a piano, and you could play your own voice. So that's what you'll hear in the beginning, and throughout the song, and then you'll hear it several times. We tried it in the studio, and I thought it sounded really emotional, and really vulnerable, and really kind of, like, sad but beautiful. The idea of your reputation is definitely something that I play on for the entire album, but when the album starts off it's much more bombastic. It's more like, 'Oh, I don't care what you say about me, I don't care what you say about my reputation, it doesn't matter.' But then it hits this point, on track five, where it's like, oh god, what happens when you meet somebody that you really want in your life and then you start worrying about what they've heard before they met you. And you start to wonder, could something fake, like your reputation, affect something real, like somebody getting to know you? And you start to wonder, how much does all that matter? And this is the first point of vulnerability in the record where you're like, oh maybe this does actually matter a little bit. And how does that factor in, kind of questioning the reality and the perception of a reputation, and how much weight it actually has." 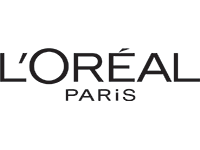