The best in Latin culture and music will be celebrated all throughout Hispanic Heritage Month, as well, as during the star-studded iHeartRadio Fiesta Latina on October 8th.

Hosted by iHeartRadio's Enrique Santos, the virtual event will feature performances from Ozuna, Prince Royce, Anitta, Manuel Turizo, Myke Towers, Camilo and Nicky Jam. During the show, fans can watch the remote performances from the artists' homes and studios around the world, as well as hear stories from members of the Latin community of who have changed the world of art, television, cinema, radio and politics.

And aside from performing, Nicky Jam will also be honored with the 2020 iHeartRadio Corazó Latino Award Presented by Ally, which celebrates an individual that exemplifies their big heart through their selfless work in enhancing the lives, heritage and future of the Latin community.

Fans can tune in to watch 2020 iHeartRadio Fiesta Latina on Thursday, October 8 via LivexLive, as well as a broadcast across iHeartMedia's Spanish Mainstream Hits, Tropical, Regional Mexican, Tejano, Hot AC and Oldies radio stations nationwide. This year's iHeartRadio Fiesta Latina will also air as a one-hour special on Hulu on October 8, with a replay available through October 15.

Learn all about the 2020 iHeartRadio Fiesta Latina lineup below.

1. The first album he bought was a Jonas brothers album.

2. His father and his brother Julián Turizo are musicians His father inspired Manuel to start making music when he was 13 years old.

3.  His biggest musical inspirations are Pablo Alborán and Bruno Mars.

5. On working with Becky G: “It was very important for my career, it was a challenge. I learned a lot from Becky because she dominates the game. She's been in the game since she was 14. Women mature faster than men, and I learned a lot from her,” he explained to People.

6. The reggaeton star would love to make music with Romeo Santos, Rihanna and Drake.

8. He and his sister Manuela formed a musical duo and auditioned for XS Factor with her, but they did not reach the final round.

9. When asked to describe himself: “Camilo is an honest singer who uses love as a reason for his songs.”

10. He was born in Boston and moved to Puerto Rico when he was ten years old.

11. Nicky Jam and Daddy Yankee formed a duo in the late 90s called Los Cangris, which was active until 2004.

13. The Puerto Rican-Dominican singer has been writing music since he was 12.

14. In 2019, he was named one of the most influential people in the world by Time magazine.

15. Ozuna is one of his last names, his full name is Juan Carlos Ozuna Rosado.

16. He’s a total gamer! In the past he has said if he wasn’t a singer he’d be a video game tester.

17. The Dominican staple Sancocho is his all-time favorite dish!

19. The Brazilian queen of pop can speak fluently in English, Spanish, and Portuguese! 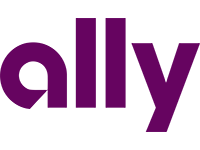 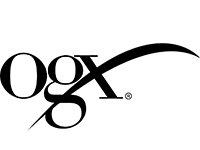