Festival season is in full swing, and iHeartRadio has announced the return of the iHeartRadio Music Festival to Las Vegas on September 21st and 22nd, as well as the first-revealed artists on this year's lineup for the music fest's outdoor portion, the Daytime Stage.

The Daytime Stage will take place at the Las Vegas Festival Grounds on Saturday, September 22nd, and performing is an epic lineup of artists including Dua Lipa, 5 Seconds of Summer, Lil Uzi Vert, Dustin Lynch, Bazzi, Belly, Bobby Bones and The Raging Idiots and Greta Van Fleet with more to be announced.

Music fans have a lot more to experience at the Daytime Stage as the mini festival within a festival will also feature fan zones and fun interactive experiences.

The 2018 iHeartRadio Music Festival will take place at T-Mobile Arena in Las Vegas on September 21st and 22nd and the star-studded lineup will be announced in the coming months. And even if you can't make it to Vegas this year, we've got you covered, the 2018 iHeartRadio Music Festival will be broadcast live on iHeartMedia Contemporary Hit Radio (CHR) stations across the country that weekend including the iconic Z100 in New York, KIIS-FM in Los Angeles, Y100 in Miami, KISS FM in Dallas, Chicago and Boston, as well as many more, and will also be featured as an exclusive national television broadcast special on The CW Network at a later date.

Also returning, and for the seventh year in a row, is the "Macy's iHeartRadio Rising Star" talent search. The competition will shine the spotlight on emerging artists and give them a chance to perform on the same stage as music's biggest superstars at this year's iHeartRadio Music Festival.

Starting in early May, iHeartRadio listeners and Macy's shoppers will have their chance to cast their votes for their favorite up-and-coming artists, and by voting, fans will also be entered for a chance to win a trip to Las Vegas for the 2018 iHeartRadio Music Festival. The winner of the "Macy's iHeartRadio Rising Star" will be the opening act, kicking off the epic two-night music festival. Previous winners of the search include James Maslow and Christina Grimmie, among others. More details on the "Macy's iHeartRadio Rising Star” talent search will be available soon at iHeartRadio.com/RisingStar. 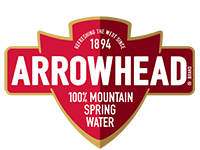 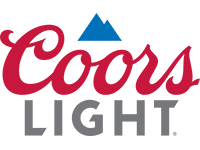