The 2020 iHeartCountry Festival Presented by Capital One is going down on October 23rd, and the virtual show will feature performances from some of the biggest country stars.

Fans can tune in to watch the 2020 iHeartCountry Festival Presented by Capital One on October 23rd at 7pm CT/8pm ET/5pm PT via an exclusive stream on livexlive.com. The show will also be broadcast live across iHeartMedia's Country music radio stations all over the country, as well as on iHeartCountry Radio via the iHeartRadio app.

Capital One Cardholders will have the opportunity to enter an exclusive sweepstakes for the chance to virtually play in the iHeartCountry Capital One Trivia Night with Kelsea Ballerini, hosted by Bobby Bones. Players will receive an item signed by Kelsea Ballerini and the Trivia Night winner will announce Keslea Ballerini virtually during the iHeartCountry Festival. Capital One cardholders can enter the sweepstakes from Tuesday, September 22nd at 9am ET through Sunday, October 4th at 11:59pm ET. To learn more, visit www.iHeartRadio.com/CapitalOneTrivia.

The 2020 iHeartCountry Festival Presented by Capital One was originally set to take place at the Frank Erwin Center in Austin, Texas on May 2nd, but was postponed due to the COVID-19 pandemic. But, with a virtual show now taking place in October, country fans everywhere will be able to enjoy their favorite artists performing live again (from the comfort and safety of their own homes). 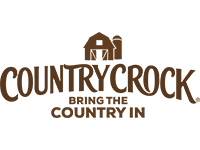